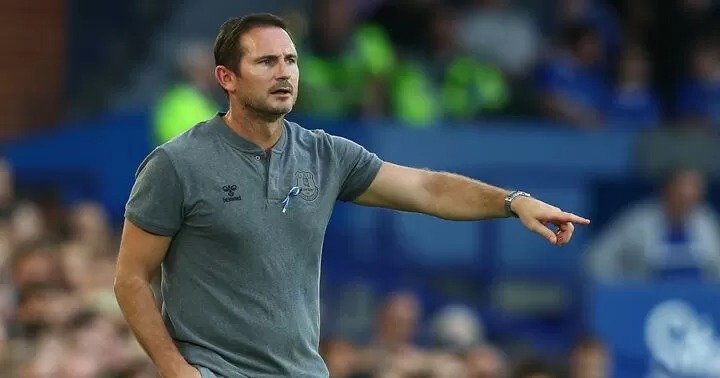 Frank Lampard has moved on from his Chelsea exit in January of 2021. Despite a bruising and very public collapse under his coaching at Stamford Bridge, the club icon's reputation was never going to be tarnished in fans' eyes, many of whom had felt a deep connection during the 2019/20 campaign.

Orange Transmite Meciurile din Champi…
After False Start, Veterans Affairs G…
How to Wear Suspenders: 7 Simple Tips…
Outstanding Cannabis Podcasts: Meet t…
Barcelona plan to offer €9 million in…
Now he is at Goodison Park competing against his successor Thomas Tuchel. They have met twice, and the two games have played out very similarly, with both getting a 1-0 win.
Lampard has opened up more over where it went wrong in that rapid downfall in the winter of 2020, speaking on the High-Performance Podcast.
Ironically this was Lampard's second appearance on the popular show, anchored by well-known presenter Jake Humphrey. Lampard first went on the show in the summer of 2020, in the pre-season before the beginning of the last season in charge.
It was in that period when the club was heavily investing in the first-team squad with a flurry of new faces. Timo Werner, Hakim Ziyech, Kai Havertz, Ben Chilwell, Thiago Silva and Edouard Mendy.
The pressure and expectation rose, something that, in the end, hurt an inexperienced coach like Lampard, who was still growing.
He was asked to not only reflect on how it went wrong, what he learned from that experience and where he is at Everton now, but his words signalled a lack of alignment between his vision and the club's then hierarchy led by Roman Abramovich and Marina Granovskaia.
"I come away from Chelsea with some things I was right in my thoughts and how I wanted it to be and some things I should have done slightly differently to get to the goal and to get to my goals for Chelsea," Lampard said.
"I think that was a success in the first year, and the second year it didn't happen, and things ended, and then I start reflecting on one or two things, 'I should have done a bit better there', but I also think that the alignment from the top has to be good if you want to stay and succeed."
Lampard went on to note how at both Liverpool and Manchester City, the 'alignment' he refers to is there and how culturally, that created the groundwork for consistent success.
"When you look at the evolution of Liverpool and Manchester City. Liverpool had a lot of years without winning anything, and it seems like that some point somewhere, something happened, probably Jurgen Klopp was a huge part of it, but things change and work in the direction, and we see the results.
"I was lucky enough to have a year there [Manchester City], and even though it was before their domination and we finished second, I think you smelt it in the building it was an alignment of 'this is where we're going to get to, and it doesn't matter that we can always come second and probably fell below expectations."
Now under the new ownership of Todd Boehly and Clearlake, Thomas Tuchel has been able to directly influence the direction of travel over who Chelsea have recruited in the summer window/ Even if there is a clamour for a sporting director, there is little doubt Tuchel has a say.
That alignment Lampard speaks about will define how this season goes at the start of a new era and also how successful Tuchel can be before he leaves the club.