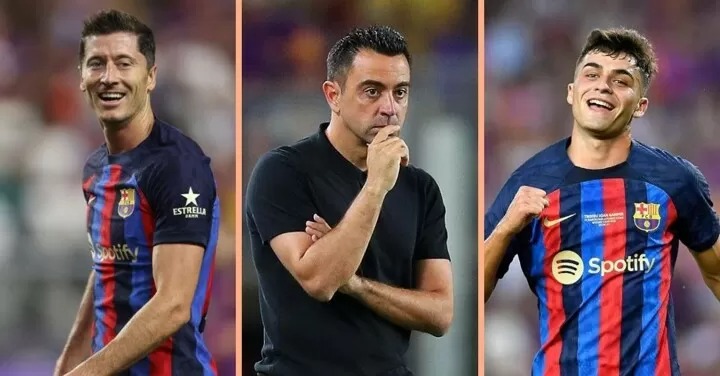 Barcelona's financial crisis in the post pandemic landscape has been well documented. The Catalans were expected to get left behind by other European giants as they were believed to have been stripped off their financial ability to compete.

THE HIDDEN HILLS OF CADAQUES
D-Black – Trotro Vibes
Supergroup Mount Westmore Announces N…
Vodafone le Spune Clientilor Cum Pot …
FCSB – SILKEBORG LIVE PRO ARENA, Meci…
However, things have worked out much differently this summer transfer window. Barcelona have been one of the most active clubs in the transfer market and have made some top quality additions to their side.
If they were largely navigating the free agent market in the previous two transfer windows, they refused to shy away from breaking the bank this time around.
The Blaugrana had to activate a number of financial levers to free up some funds and still have some work to do in terms of offloading players to register their new signings.
But as things stand, they are set to go into the 2022-23 season with an intimidating squad. Without further ado, let's take a look at five reasons why Barcelona are favorites to win the Uefa Champions League this term.
#5 Best young talents in the world
In the past couple of seasons, Barcelona were forced to renew their focus on developing young talent. They did a stellar job at it and the result of their efforts is reflected in the emergence of world-class young players like Pedri, Gavi and Ansu Fati.
Pedri and Gavi have already earned comparisons to all-time greats like Xavi and Andres Iniesta. While the young midfield duo have a long way to go to match those two Barcelona legends, they certainly look to have the potential to do so.
Ansu Fati is one of the most exciting young attackers in Europe right now. Having such a talented young brigade will greatly boost their chances in every competition they take part in because of the quality in squad depth.
They have experienced players who know how to navigate tough challenges and are backed up by talented youngsters who can spring a few surprises.
#4 Barcelona's performances against Real Madrid have been encouraging
Real Madrid won the Champions League last season. It was the fifth time in the last nine seasons that they were crowned champions of Europe. It's fair to say that Los Blancos are a good yardstick with which a team's chances of success in Europe's elite competition could be measured.
Barcelona thrashed Real Madrid 4-0 at the Santiago Bernabeu the last time the two sides locked horns in La Liga. The Catalans once again beat Real Madrid, this time by a more modest 1-0 scoreline, just a few weeks ago (July 24) when the two sides met in a pre-season friendly.
Barcelona have measured up well against the European champions and it suggests that they could do a great job in the Champions League this time around.
#3 Xavi has had more time to develop his ideals
There are few who have concerns over whether or not Xavi is the right man for the job. He did a pretty decent job in his first half-season as the manager of the club and they played some really exciting football under him.
They did suffer a couple of patches of poor form but that's expected when a young manager takes over halfway through the season. Now Xavi has had a proper pre-season with the squad, including many of the new signings.
We are certain to see a more well-oiled team out there this season which is quite likely to be reminiscent of the Barcelona teams of old.
#2 Attacking depth with various options
There's no need to elaborate on this. We'll just instead look at the sheer number of top quality players Barcelona have in attack. They have Ansu Fati, Ferran Torres, Raphinha, Ousmane Dembele, Memphis Depay, Pierre-Emerick Aubameyang and Robert Lewandowski.
A few injury issues are not going to do much towards impeding this Barcelona side's momentum this season. They have a few of the finest wingers and strikers in the world on their payroll and that makes them a threat like no other in Europe.
#1 The Robert Lewandowski factor
We are all aware of the fact that it was Karim Benzema's individual brilliance that proved to be the X-factor for Real Madrid in their UEFA Champions League triumph last term. Barcelona have been without a prolific goalscorer of the Frenchman's caliber ever since Luis Suarez left in the summer of 2020.
Depay's injury issues limited his involvement last term. Pierre-Emerick Aubameyang allayed their goalscoring woes in the second half of the season, scoring 13 goals in 23 appearances across all competitions.
But Lewandowski is a different beast. He has picked up the European Golden Shoe in the last two seasons and having the reliable and prolific goalscorer leading the line immediately makes Barcelona a top contender in the Champions League.