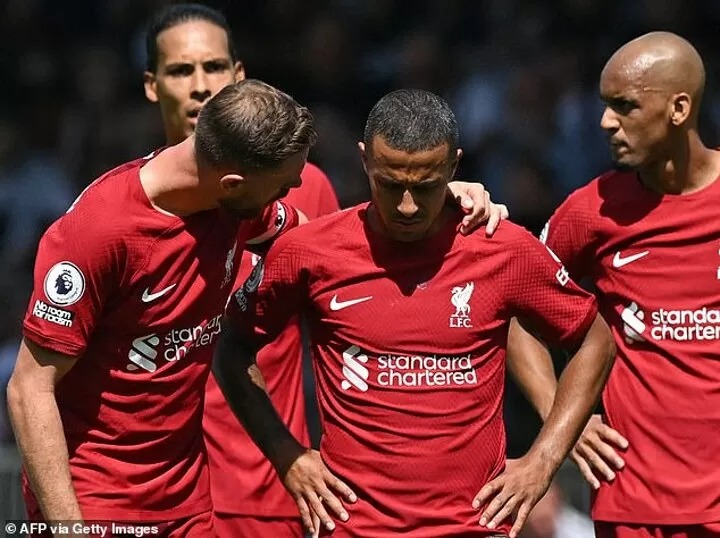 Thiago Alcantara has added to Liverpool's mounting injury problems with a setback that could not be worse timed for Jurgen Klopp.
The Spain international underwent a scan on Monday to determine the damage to his left hamstring sustained in Saturday's 2-2 draw at Fulham and had further tests on Tuesday which confirmed he will miss the rest of this month at the very least.

10 Australian Brands That Are Popular…
Jay Jody – Sunset Stories
Study Shows Doing This Simple Exercis…
Jay Jody, A-Reece & Marcus Harvey – P…
Jay Jody – Purple Palm Trees
It is a huge blow for Klopp, as Thiago's influence on Liverpool's team is huge. He can ill-afford to be without a player of such creativity, particularly at a time when his options in midfield have been severely depleted.
Alex Oxlade-Chamberlain is out for the foreseeable future with a hamstring issue, while Curtis Jones is wearing a protective boot to prevent any worsening to an issue in his foot; Naby Keita, meanwhile, missed the trip to Craven Cottage with illness but should be ready to face Crystal Palace on Monday.
Thiago's absence means the onus will be on teenagers Harvey Elliott and Fabio Carvalho to step forward, with James Milner - who made a significant difference against Fulham when he came on - also waiting to play his part.
There is no disguising, however, that Thiago will be missed in games against Palace, Manchester United at Old Trafford, Anfield dates against Bournemouth and Newcastle, as well as the Merseyside derby at Goodison Park on September 3.