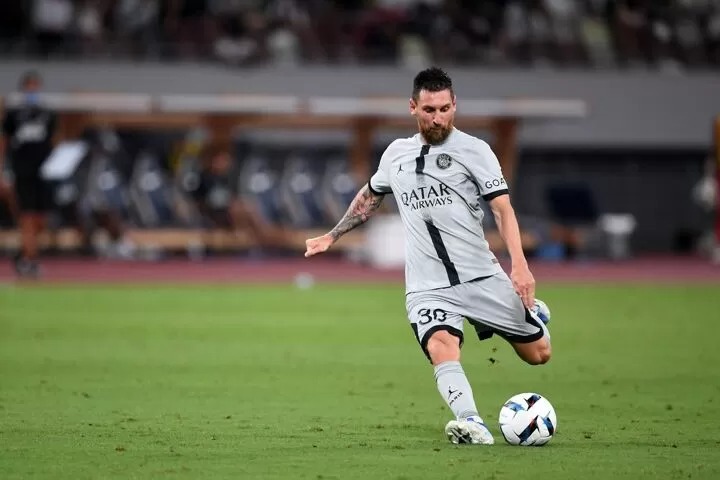 Paris Saint-Germain (PSG) thrashed Clermont Foot 5-0 at the Stade Gabriel Montpied on Saturday, August 6.
Neymar Jr. opened the scoring for the visitors as he smacked in a low drive to beat Mory Diaw. Pablo Sarabia's cross was deflected by Lionel Messi's deft touch that paved the way for the Brazilian.

Women's Fashion Personality Warm Colo…
ADIDAS X AND WANDER TERREX FREE HIKE…
10 Best Hotels In Las Vegas
7 Considerations to Start Your Busine…
Work Every Part of Your Body With Thi…
Achraf Hakimi doubled PSG's advantage close to the half-hour mark as he smashed one into the roof of the net after receiving the ball from Neymar. Marquinhos headed one past Diaw from a Neymar free-kick for PSG's third of the night close to the half-time mark.
The Parisians continued their onslaught following the restart as well. Lionel Messi tapped one in from close range following some selfless work from Neymar.
The Argentine scored a lip-smacking overhead kick for PSG's fifth and his second of the night. La Pulga beautifully controlled the ball after receiving a lofted pass from Leandro Paredes before tucking it past a motionless Diaw.
On that note, here's a look at the five biggest talking points from the game:
#5 Warren Zaïre-Emery makes his debut
Warren Zaïre-Emery became the youngest player to feature for PSG as he made his first appearance for the club at just 16 years, 4 months and 29 days of age. Zaïre-Emery came on for Marco Verratti in the 82nd minute of the game.
The midfielder has attracted huge interest from clubs all across the globe following his scintillating displays in the UEFA Youth League. PSG will be hoping that he can live up to the hype and transform into the player they want to see.
#4 PSG start the season on a high
PSG started their defense of the Ligue 1 title in some fashion. The Parisians gave Clermont no chance as they smacked five past them in their opening fixture of the league.
They continued their red-hot form from the French Super Cup fixture against Nantes last week, where they smacked four past their opponents.
This is a major boost for Christophe Galtier as well, who is looking to settle in as quickly as possible. But bigger tests await the Parisians as they face Montpellier, Lille and AS Monaco in the upcoming games later this month.
#3 PSG's backline looks sturdy
Christophe Galtier has deployed a three-man backline in both the games he has been in charge. The 55-year-old started Presnel Kimpembe, Marquinhos and Sergio Ramos at the back. The trio looked solid throughout the course of the game as they dissolved every advancement attempted by Clermont.
Ramos' injury concerns last season did not allow Mauricio Pochettino to have this luxury as the Spaniard only featured in 12 Ligue 1 games in his first season at the Parc des Princes. Galtier will be hoping that the former Real Madrid defender can fend off his injury woes and be available throughout the course of the season.
#2 Neymar dazzles for PSG
Neymar was on fire against Clermont Foot. The PSG forward scored one and set up three goals throughout the game. His link-up play with Messi upfront was a treat to watch as the duo tantalized the leaky back-line of Clermont Foot.
Neymar won six duels, made five recoveries, completed two dribbles, created six chances and was fouled the most number of times (4). The Brazilian kept the hosts engaged with his flashy tricks and skills. Neymar was quite selfless as he bagged himself a hat-trick of assists.
#1 Lionel Messi leaves his mark in style
Lionel Messi had a night to remember. The Argentinian international scored two goals and set up one throughout the game.
Messi won eight duels, made three recoveries, completed six dribbles, created four chances and won one tackle against Clermont Foot. The 35-year-old's second of the night was a worldly.
The way he controlled the ball before effortlessly converting an overhead kick was just mesmerizing. He could have had a hat-trick to his name but Mory Diaw drew some fantastic saves to deny the Argentine.
Paul Merson has predicted all the GW 1 fixtures of the Premier League. More details right here