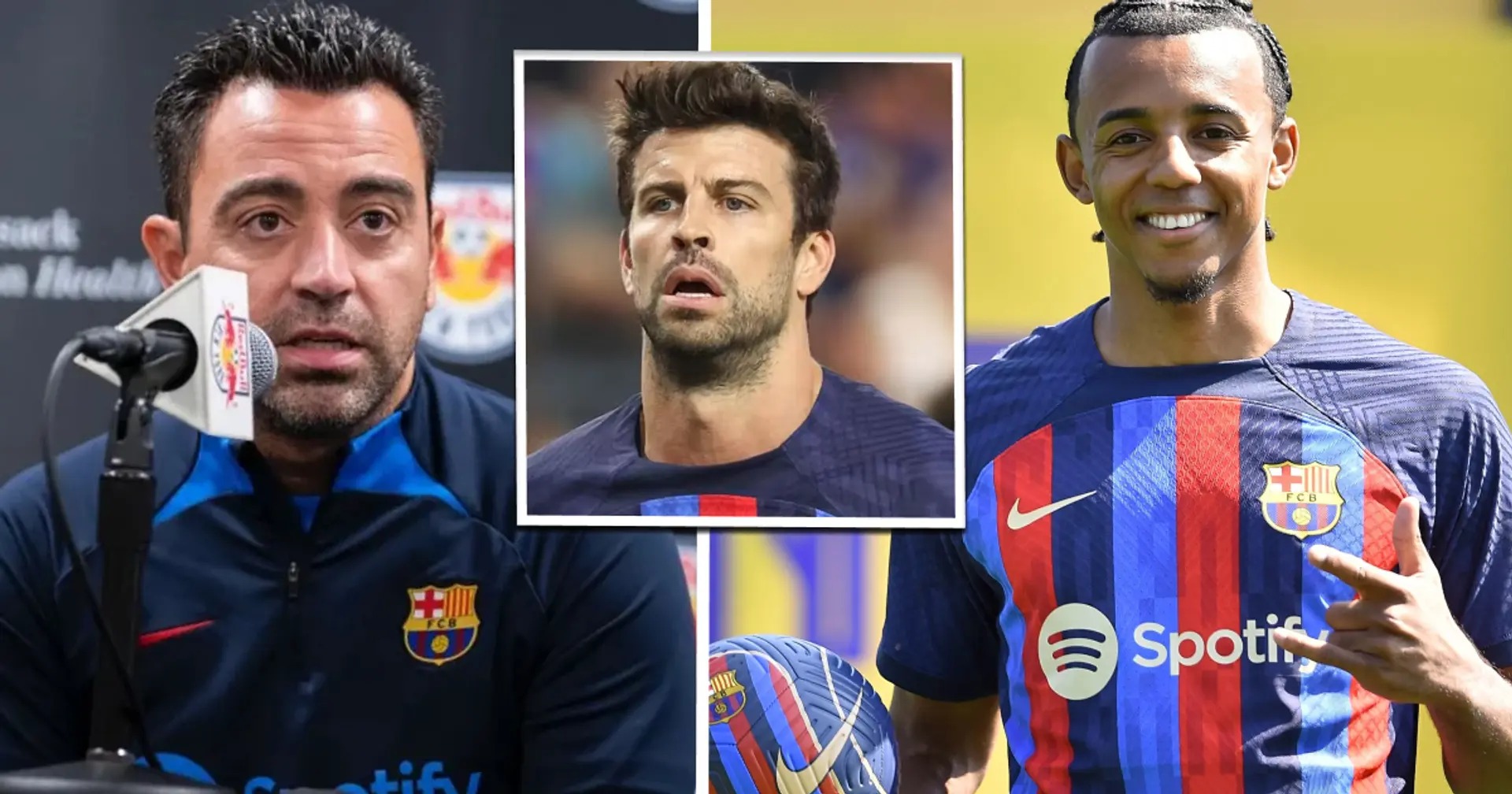 Xavi has as many as five Central defenders in his squad right now. That's excluding Samuel Umtiti who has been told to leave as soon as possible.
Here's a glance at what Xavi's pecking order in Central Defence looks like now:

Creating a Sustainable Fitness Routin…
MRS THATCHER’S DREAM
Robotime Rokr Swing Ride DIY Music Bo…
Muslim Woman
Which are the Best Smart Home Automat…
First choice - Araujo and Kounde
This is a partnership Xavi has looked forward to having for quite some time. Araujo and Kounde are young, powerful and quick. They would be a hard nut to crack for many La Liga attackers this season.
Second choice - Christensen and Garcia
Xavi has more options with Christensen fighting hard for a place and Garcia showing his technical prowess.
The Danish defender really impressed in preseason and would be a good option to complement Araujo and Kounde.
As for Garcia, his place at Barca is not in question, but his physique cannot be compared to the guys ahead of him.
Outsiders - Pique and De Jong
Gerard Pique is approaching his 36th birthday. He's the only Barca central defender above the age of 30. Xavi would keep him as another quality option at the rearguard.
We could see the Spaniard start a few games and also come off the bench. His age tells he's not a defender Xavi will heavily rely on this season.
Finally, we have Frenkie De Jong. The Dutchman played all his 3 preseason games in central defence so Xavi clearly has a plan for him in that position. However, it's not his favoured position on the pitch so we may not see him too regularly there - just like Pique.
Of course, we expect Xavi to switch things up in some cases. That means we could have Christensen starting with Araujo for some games. Or Garcia and Kounde together. Or even a back three with Araujo, Kounde and Garcia.
There's also another scenario where Araujo or Kounde plays right-back. Xavi is just blessed with options.
A pictorial representation of Xavi's ranking in central defence