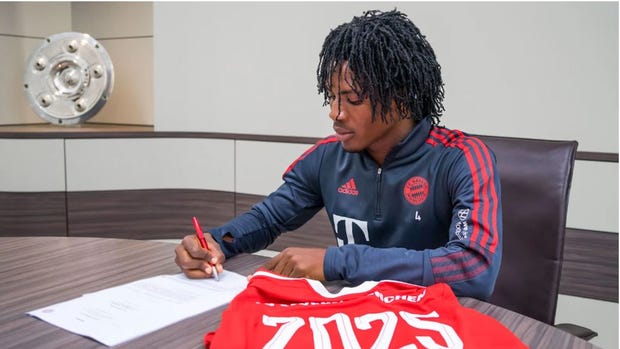 However, the teenager has been loaned to the Austrian Bundesliga for the 2022-23 campaign

The 18-year-old midfielder penned a three-year contract with the Bavarians, although the transfer fee involved was not disclosed.

However, he has been loaned to Austrian Bundesliga outfit Austria Klagenfurt for the 2022-23 campaign.

Francis was part of the 2022 FC Bayern World Squad project – where 24 youngsters across the world were handed a chance to prove their worth.

There, the midfielder who was named captain excelled at the camp in Rio de Janeiro and Munich as well as during the friendlies played – impressing Bayern Munich legends Klaus Augenthaler and Ze Roberto.