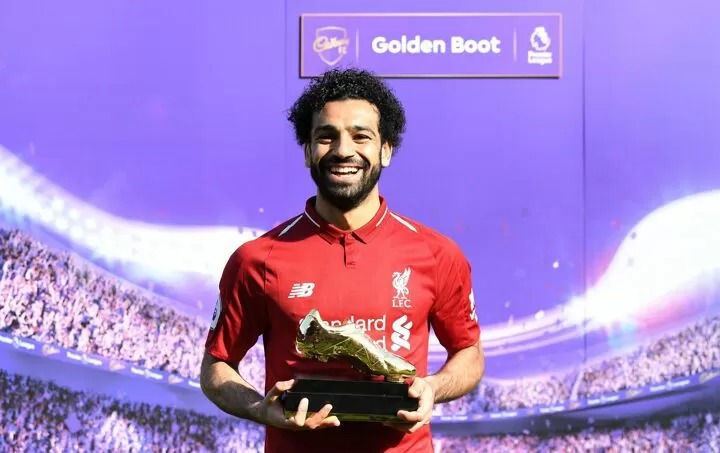 5 interesting Premier League records held by Mohamed Salah
Over the years, the Premier League has been blessed to witness plenty of top-quality wingers. Mohamed Salah will surely make it to the list given how fabulous he has been with Liverpool ever since he joined them in the 2017-18 season.

high protein foods for muscle buildin…
Personal Wing Girl
🔥🔥New Music🔥🔥: Armani Caesar Featurin…
D-Black – Trotro Vibes
20 Best Pools in Las Vegas
The Egyptian winger was once with Chelsea but couldn't find success with the Blues back then. Fortunately for Liverpool, Salah joined them with more experience and depth to his game after spells with Fiorentina and AS Roma.
Since arriving at Anfield, the Egyptian has taken the League by storm with some breathtaking performances in front of goal. The left-footed winger has gone on to score 157 goals in 255 appearances for the Reds across all competitions.
He played a major role in helping Liverpool win the Premier League and the Champions League in the 2019-20 season and is expected to be strongly effective in the 2022-23 season. Salah's fine form has seen him set a number of records. On that note, let's look at five interesting Premier League records held by Mohamed Salah.
#5 Most goals scored against Manchester United in a single season
Salah had a terrific 2021-22 season, having scored 23 goals and jointly winning the Golden Boot with Son Heung-min in the Premier League.
One of the clubs who were on the receiving end of Salah's brutal goal-scoring form were arch-rivals Manchester United. The Liverpool forward scored a hat-trick against the Red Devils at Old Trafford in the away fixture. This saw the Reds register a thumping 5-0 victory. Salah became the only player in the Premier League to score a hat-trick against United at Old Trafford.
In the reverse fixture at Anfield, Salah scored a brace against United, taking his total goal tally to five for the season. He surpassed former Liverpool striker Robbie Fowler, who scored four times against United in a single season.
#4 Most Premier League Player of the Month awards in a single season
Performing consistently in league matches is a daunting task for even the best players. This only makes it challenging for any player to win the Premier League Player of the Month award.
Despite the difficulties, Mohamed Salah managed to win the award thrice in the 2017-18 season, his debut campaign with Liverpool. The Egyptian was in scintillating form that season as he went on to score 32 goals in 36 appearances.
No player in the league has managed to win the Player of the Month award more than twice other than Mohamed Salah. This only speaks volumes of how dangerous the Liverpool forward was in the 2017-18 campaign.
#3 Fewest games to reach 100 Premier League goal involvements by a non-European player
The beauty of Mohamed Salah's game is that he not only helps in scoring goals but is also effective in creating them. With his mind-boggling dribbling and ability to beat past players, the Egyptian is a nightmare for defenders.
Besides his 157 goals for Liverpool so far, Salah has also registered 64 assists Interestingly, his first 100 goal involvements came in just 116 appearances - a contribution of 0.82 goals per game.
Previously, Sergio Aguero held the record for the fastest to 100 goal involvements by a non-European player, achieving it in 118 appearances. Salah surpassed Aguero despite playing on the wings and showcasing his amazing impact on Liverpool.
#2 Most Premier League goals scored by an African player
The highlight of Salah's time at Liverpool so far has been his ability to score goals from the wings. Associating plenty of goals from the wings is not a common phenomenon unless you're Cristiano Ronaldo or Lionel Messi.
Scoring 118 goals in five seasons is certainly no joke, but Salah has made it look effortlessly easy. Considering his short stint at Chelsea, the Egyptian now has 120 league goals to his name.
In doing so, Salah has surpassed the legendary Didier Drogba (104) to record the most goals scored by any African player in the Premier League. The 30-year-old now has the same number of goals in the league as did Liverpool legend Steven Gerrard.
#1 Most goals in a single 38-game Premier League season
Gone are the days when scoring 30 or more goals in a Premier League season looked comparatively easy. With the 38-game format introduced, it has been a task for players to even cross the 20-goal mark.
Amongst the few players to have crossed the 30-goal mark in the 38-game format, Salah is one of them. In fact, in the 2017-18 season where he scored 32 league goals, he now holds the record for scoring the most goals in a single season.
The record was previously held by Cristiano Ronaldo and Luis Suarez, both of them scoring 31 goals respectively in a single season. With the intensity and toughness of the league, it looks very difficult for Salah's record to be broken anytime soon.