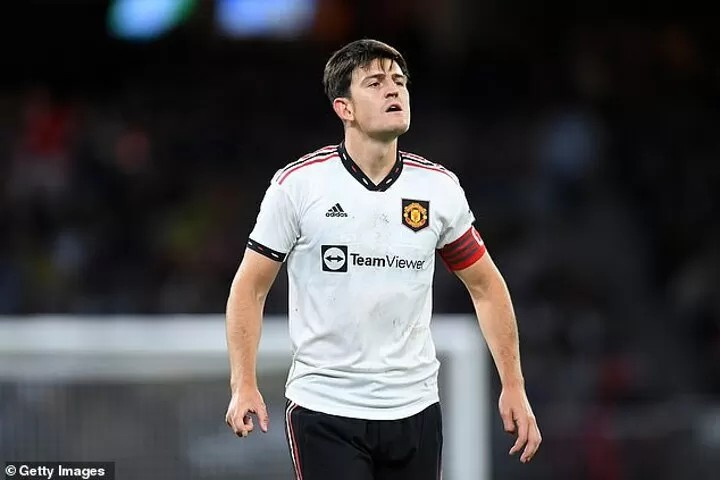 Manchester United captain Harry Maguire has been given a date for a hearing where he can try to clear himself over a Brawl that took place while he was on holiday.
As reported by the Sun, the appeal is set for June 7 next year and is expected to be held on the Greek island of Syros, near Mykonos.

SALVADOR DALI AND RELIGION
California’s 15 Best Hotels with Free…
Five Hong Kong teenagers sentenced in…
Crosswords with Friends October 8 202…
PUMA X MCM DROP 2 - @Puma
Maguire was involved in a bust-up with police in Mykonos back in August 2020.
The England international and his brother Joe, were found guilty of assaulting an officer and attempted bribery, and were handed a suspended prison sentence of 21 months and 10 days.
The 29-year-old has since however maintained his innocence despite the conviction.
Maguire said at the time: 'I have instructed my legal team with immediate effect to inform the courts we will be appealing.
'I remain strong and confident regarding our innocence in this matter. If anything, myself, family and friends are the victims.'
Maguire and his brother got involved in the brawl after two men allegedly tried to inject their sister Daisy with a date rape drug.
Daisy collapsed, triggering a brawl and police rushed to the scene.
With the appeal set to be held next year, it means that the United defender is free to focus on his club's season as well as this winter's World Cup in Qatar.
Maguire had been withdrawn from Gareth Southgate's England squad in the immediate aftermath of his conviction, but quickly won his place back in the team.