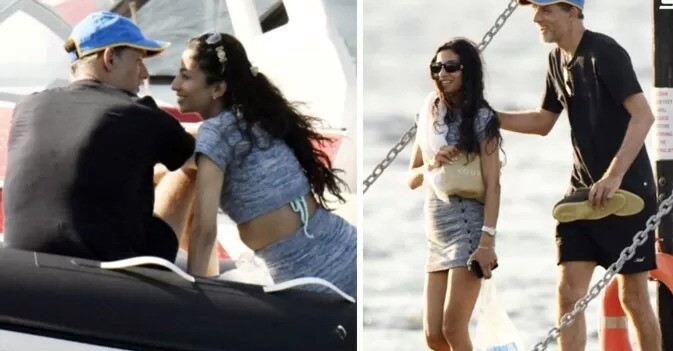 Chelsea Manager Thomas Tuchel was spotted holidaying with new girlfriend Natalie Max in the sunny climes of Sardinia, Italy.
The German manager split from his ex-journalist wife Sissi after 13 years of marriage in April of this year. Speaking about the divorce, a source had told the Daily Mail:

GALA DALI – THE MUSE OF THE SURREALIS…
SITW Returns to Virginia Beach in 202…
10 Best Hotels In Las Vegas
7 Considerations to Start Your Busine…
Apple to Release iPadOS 16 and MacOS …
“Sissi and Thomas have tried to avoid splitting but in the end there was no other way,
“It is very sad and now it is all about making sure their daughters are the top priority. Papers were lodged last week to get the divorce under way.” 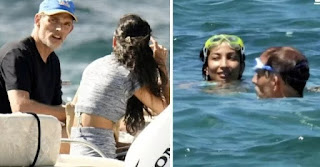 It looks like the Chelsea Manager has bounced back from the split, as he was seen enjoying a boat trip with new partner Natalie before retiring back to their £20,000/night private villa (via The Sun).
The Sun also quoted a holidaymaker who said that the 48-year-old Tuchel and 35-year-old Natalie looked very much in love:
“They looked very much in love. At one stage Natalie ran her hand round the back of his neck and leaned in for a kiss.
“They went swimming, chilled on the beach, lunched in the hotel’s restaurant and got a boat to the island of Caprera.”
He was with Chelsea during their preseason tour of the United States of America before jetting off with his girlfriend to Italy. The Blues were most recently in action against Udinese in Italy where they secured a comfortable 3-1 victory.
Chelsea boss Thomas Tuchel pleased with Raheem Sterling's and Kalidou Koulibaly's performance against Udinese.
After the game against Udinese, the Blues manager touched upon the performances of Sterling (who scored a goal) and Koulibaly. Speaking to Chelsea's official website, Tuchel said:
"He (Sterling) had chances, very heavily involved in other chances, it was a good performance.
"He (Koulibaly deserves (the praise). A very, very good signing. A strong personality, a strong player and happy that he could play 70 minutes now. He’s getting fitter and fitter which is very important for us for the start of the season."
The Chelsea manager also said that there was a lot of positives to take away from the match:
"We trained a lot this week, especially two days ago so we did not have the freshest legs. But we have a lot of positive things to take away from this game.
"It’s a good performance, it’s a good result, we could’ve scored much more, should’ve scored much more. But overall, it’s a lot of positive stuff to take away from this."
The Blues start their Premier League campaign against Everton on August 6.