5 best German players to have played in the Premier League 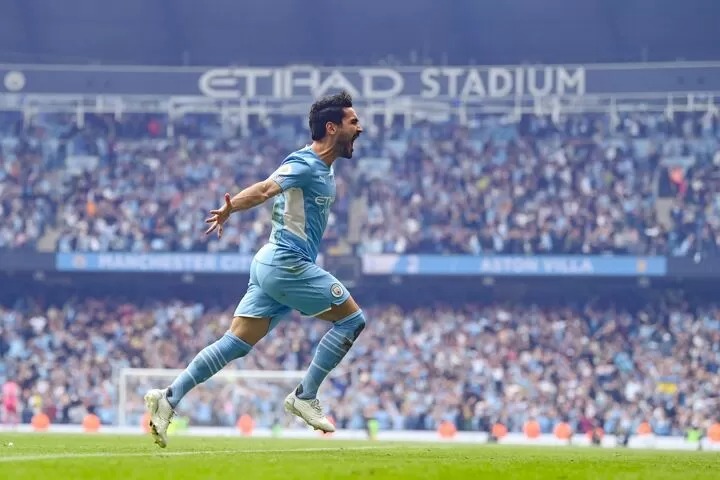 German players to have played in the Premier League
The Premier League has featured a number of quality German footballers. Germany has produced some of the greatest players of all time. They are one of the most successful teams on the international circuit and have won four FIFA World Cups.

🔥🔥New Music🔥🔥: Armani Caesar Featurin…
D-Black – Trotro Vibes
20 Best Pools in Las Vegas
FCSB – SILKEBORG LIVE PRO ARENA, Meci…
Dosa ($DOSA), is a Crypto Voting Plat…
However, some of Germany's greatest World Cup players like Lothar Matthaus, Gerd Muller, Thomas Muller, Miroslav Klose and Philip Lahm have not played in the Premier League. But several others have decided to take on the challenge posed by the English top flight during their careers.
Without further ado, let's take a look at five of the best German players to have played in the Premier League.
#5 Jens Lehmann
Jens Lehmann spent five years at Arsenal between 2003 and 2008. He might just be the best goalkeeper that the Gunners have had since the turn of the millennium. The German goalkeeper was Arsenal's first-choice goalkeeper during the 2003-04 season where they went undefeated in the league.
However, Lehmann has had his fair share of ups and downs. He is infamous for getting sent off in the 2006 UEFA Champions League final against Barcelona, effectively costing Arsenal the title.
Lehmann left the club in 2008 but returned in 2011 although he only made one appearance in the 2010-11 season after coming back from retirement. He won one Premier League title and one FA Cup in his time at Arsenal.
#4 Leroy Sane
Prior to returning to his home country with Bayern Munich in 2020, Leroy Sane spent four years at Manchester City. During that time, he established himself as one of the best wingers in the league after a slow start to life in England.
In his second season with City, Sane picked up the 'PFA Young Player of the Year award'. His involvement in his final campaign in the Premier League was limited due to an ACL injury. But by then, Sane had shown enough evidence to prove that he was one of the most exciting forwards in Europe.
Sane won two Premier League titles, one FA Cup and two League Cups with City. In 134 appearances across all competitions for the Cityzens, the Germany international scored 37 goals and provided 46 assists.
#3 Michael Ballack
Some people are of the opinion that Michael Ballack was past his prime by the time he joined Chelsea and moved to the Premier League. He still had quite a lot to contribute and earned a Premier League title, two FA Cups and a Champions League silver medal during his stay at Stamford Bridge.
One of the most dynamic players that Germany has produced in recent times, Ballack could play in any position in midfield. He had a thunderous shot in him and loved to test the goalkeeper from range.
In 167 appearances across all competitions for Chelsea, Ballack scored 25 goals and provided 24 assists.
#2 Mesut Ozil
Mesut Ozil is one of the most creative and technically gifted playmakers to have graced the Premier League. Arsenal signed him from Real Madrid in 2013, when the former Germany international was playing at the peak of his powers.
He holds the record for the second-most assists ever in a single Premier League season, providing 19 in the 2015-16 campaign for the Gunners. Ozil was unstoppable on his day and could spray passes that most of his contemporaries would fail to even conceive in their minds.
Ozil won three FA Cups during his Arsenal stint. In 254 appearances across all competitions for the Gunners, he scored 44 goals and provided 77 assists.
#1 Ilkay Gundogan
Ilkay Gundogan has truly shown his class over the past two seasons at Manchester City. He joined them in 2016 from Borussia Dortmund, but an ACL injury kept him out of action for the second half of the 2016-17 season.
Gundogan struggled to establish himself as a regular starter in the team until the 2020-21 season. Over the past couple of campaigns, Gundogan has established himself as one of the best goalscoring midfielders in the league.
He has now become the top scoring German in the Premier League, with 36 goals to his name. In 251 appearances across all competitions for Pep Guardiola's side, Gundogan has scored 49 goals and provided 33 assists.
He has won four Premier League titles, four League Cups and one FA Cup with Manchester City so far.

5 best German players to have played in the Premier League