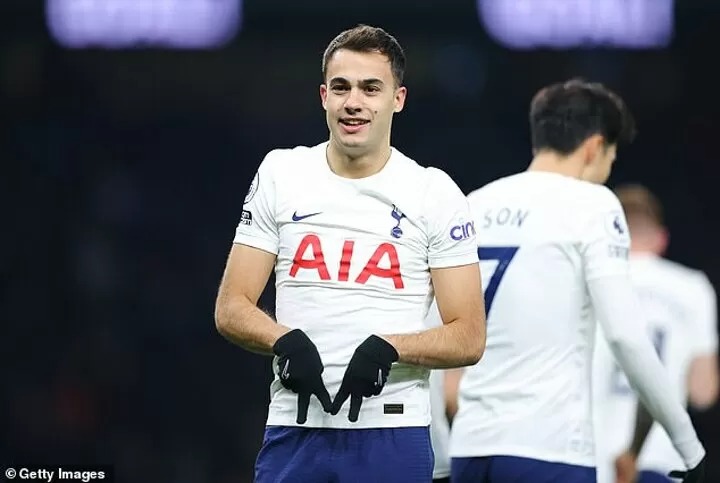 Barcelona are plotting a move for Sergio Reguilon and view the Spurs left-back as a potential alternative to top transfer targets Marcus Alonso and Cesar Azpilicueta, according to reports.
Chelsea, who missed out on signing both Jules Kounde and Raphinha because of late £55million and £56m bids from Barcelona, have made life difficult for the Spanish giants in their pursuit of Alonso and Azpilicueta.

Vodafone le Spune Clientilor Cum Pot …
Orange Transmite Meciurile din Champi…
Travels through History – France – Na…
El clásico tebeo «Hazañas bélicas» co…
Mercat a la Planxa Debuts Revamped Ta…
Both defenders have expressed interest in teaming up with Xavi in Catalonia, but the Blues are eager not to offload the pair to their transfer rivals.
Although the Chelsea duo remain the priority targets, Barcelona have turned their attention to Tottenham defender Reguilon, according to AS.
The 25-year-old's representative Kia Joorabchian reportedly held talks with Barcelona directors Mateu Alemany and Jordi Cruyff over dinner in Miami last week.
The outlet claims that the trio discussed the possibility of both a permanent transfer and a loan move, and it is believed Tottenham value the full-back at €25m.
However, as the Spanish international is currently third-choice behind new arrival Ivan Perisic and Ryan Sessegnon on the left flank, Spurs' valuation is expected to decrease.
Reports on Thursday claimed that Dutch winger Memphis Depay could be used as part of a swap deal to lure Reguilon to the Nou Camp.
El Clasico rivals Real Madrid have a repurchase option on Reguilon for €40m until August 31, but the Champions League winners have expressed no desire in reuniting with the full-back.