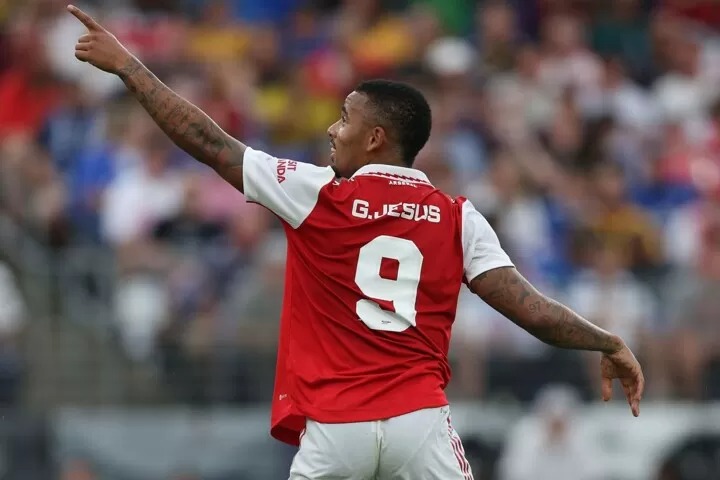 The upcoming Premier League season will see several clubs field new strikers in their lineups. Some of these forwards have been bought from other leagues, while others have moved within England to other clubs.

🔥🔥New Music🔥🔥: Armani Caesar Featurin…
D-Black – Trotro Vibes
20 Best Pools in Las Vegas
FCSB – SILKEBORG LIVE PRO ARENA, Meci…
Dosa ($DOSA), is a Crypto Voting Plat…
Not since the summer of 2017 have so many teams bought strikers. That summer saw players like Alvaro Morata, Alexandre Lacazette, and others move to England.
This season is bound to have a similar feel to it. There is still more than a month left in the transfer window for more players to join the fray.
Some Premier League strikers like Harry Kane, Jamie Vardy, Patrick Bamford, and more will continue with their current teams. However, there are multiple new strikers who'll look to make their mark for their new teams.
Mentioned below are five of the most exciting strikers that fans should look out for in the Premier League in the 2022-23 season. These could also be great Fantasy Premier League additions to teams looking to gain an edge over the competition.
#1 Gabriel Jesus - Premier League-proven
Gabriel Jesus is not an unknown quantity in England. He is a four-time Premier League winner with Manchester City, but the 25-year-old decided to move to Arsenal this summer for £45 million.
Arsenal were in need of a striker to lead their line after Pierre-Emerick Aubameyang and Alexandre Lacazette's departures to Barcelona and Olympique Lyon respectively.
For Manchester City, Jesus started just 21 Premier League matches last season. Moreover, they signed Erling Haaland and Julian Alvarez this summer.
He wanted a more prominent role, and Mikel Arteta's side will provide that to the Brazilian.
Jesus has hit the ground running in pre-season, scoring four goals in six games with one more pre-season game to go.
He has been a change of pace for Arsenal fans who had become accustomed to some turgid football from their strikers. Jesus will bring experience and the Brazilian quality to Arsenal's forward line and, based on pre-season, will thrive in the months ahead.
#2 Darwin Nunez - Big shoes to fill
Darwin Nunez has come in as Liverpool's big-money signing this summer. The striker cost a club-record £85 million and will replace Sadio Mane, who left for Bayern Munich this summer.
The striker is 23 years old and came into the limelight last summer after a stunning season for SL Benfica. He scored 34 goals in 41 matches last season in all competitions.
The Uruguayan has power and pace but is still a raw talent, and there is a lot of room to grow.
Nunez has four goals in four pre-season games for the club, with all four of those goals coming against RB Leipzig in a 5-0 win.
He has shown inconsistency and looks far from the finished article.
Jurgen Klopp is known to get the best out of his attackers, and fans will hope he can do the same with Nunez. For now, they will need to be patient and not put too much pressure on his shoulders.
#3 Erling Haaland - Prodigal son
Erling Haaland's father, Alfe Haaland, played for Manchester City, and Erling spent a few years of his childhood at the club. For that reason, this has been labeled as a homecoming for the Norwegian striker.
City have lacked a traditional striker over the last two seasons but still managed to win the Premier League in both seasons.
Haaland has had a prolific career so far at the age of 22, making 182 appearances, scoring 134 goals and providing 35 assists.
Pep Guardiola will look to harness that talent and mold him into a machine similar to Robert Lewandowski.
He did not feature in City's game against Club América in their pre-season match. However, he scored the only goal and winner for City against Bayern Munich.
#4 Gianluca Scamacca - An unknown talent
Gianluca Scamacca signed for West Ham United this week after the Hammers agreed on a £32.4 million deal with Sassuolo. He made 41 appearances for the Serie A club last season, scoring 16 goals and providing one assist.
Scamacca is a raw talent, he is an exciting forward with a powerful shot and a combative nature. West Ham does seem like the natural next step for him.
The Hammers have been crying out for a new striker since Michail Antonio is injury prone and well into his 30s.
Scamacca will spearhead the attack as David Moyes looks to maintain West Ham's position in the top half of the table. An interesting signing to keep an eye on but also a possible wild card for the Fantasy Premier League managers.
#5 Richarlison - The natural next step
Richarlison has spent five seasons in the Premier League, but after a year at Watford followed by four seasons at Everton, he is now taking the next step. He made 152 appearances for Everton, scoring 53 goals and providing 14 assists.
Last season, he was one of the main reasons why the club avoided relegation, as he registered 10 goals and five assists in 30 games in the Premier League.
However, at Tottenham Hotspur, he will be fighting at another level.
Antonio Conte gets a hard worker and someone willing to press from the front. The Brazilian is a poacher in the box and could thrive alongside Son Heung-Min and Harry Kane.
Richarlison will hope to replicate the raw talent and relentless characteristics he displayed at Everton. If he does and matches it with more talented players around him, then Tottenham could have bolstered their attack.