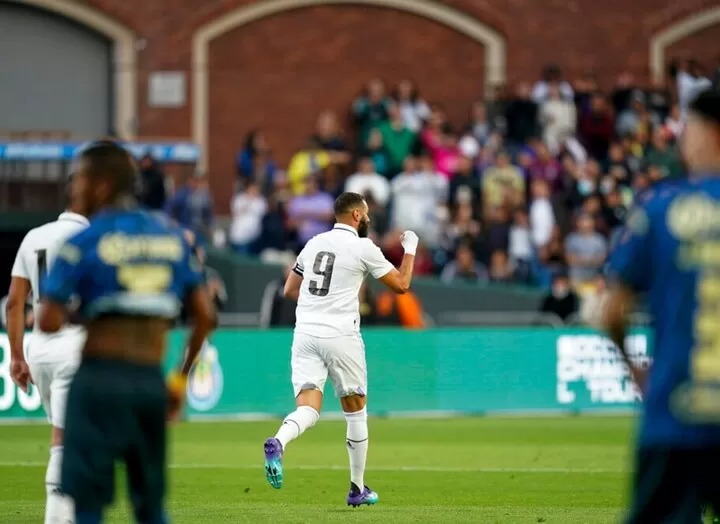 América took the lead in the fifth Minute due to a defensive error by Antonio Rudiger. Henry Martín entered the area and made space for himself to shoot with his right foot to beat goalkeeper Andriy Lunin.

Pineapple juice benefits for skin
Best At-Home Workouts For Beginners
Muslim Woman
THE HIDDEN HILLS OF CADAQUES
California’s 15 Best Hotels with Free…
After the Liga MX team's goal, the team from the Spanish capital woke up and started to play the game they know under Carlo Ancelotti's tutelage. After a few arrivals, Benzema showed why he has become one of the best players in the world.
Karim Benzema scored a great goal on his debut
After receiving a ball on the edge of the box, the French center forward got three men off his line to put in a seemingly impossible shot, and the ball took a sensational curve past Guillermo Ochoa.
By halftime, the draw was surprising but fair, and for the second half, Ancelotti sent eight changes to the field.
Real Madrid takes the lead from the 11th penalty spot
With the aforementioned reinforcements, including David Alaba, Eden Hazard and Aurélien Tchouaméni, the Merengues showed their superiority and from the first minute they were close to the lead goal.
In the 53rd minute, Lucas Vázquez was clearly fouled in the box by America's young defender Mauricio Reyes and a minute later, Hazard scored to give Real Madrid the first lead of the match.
Doubtful penalty gave América the equalizer
Some América players, such as Miguel Layún, Alejandro Zendejas and Jonathan Dos Santos, gave some glimpses of quality and led their team's reaction, but the final touch lacked precision.
América was not afraid to look for an equalizer against Real Madrid in the final minutes, and a dubious foul by Vinicius Augusto on Alvaro Fidalgo inside the area caused the referee to award a penalty.
Alvaro Fidalgo, formerly of Real Madrid Castilla, was responsible for the penalty, which he missed in the first instance, however, the referee repeated the kick because Lunin stepped forward from the line, and on the second opportunity, the Spaniard put the ball inside the right post.
In the final moments, Oscar Jiménez, Ochoa's substitute, saved the Mexico City goalkeeper from defeat with a great left-handed save from David Alaba in the last play of the match.