Raphinha credits Marcelo Bielsa with move from Leeds to Barcelona 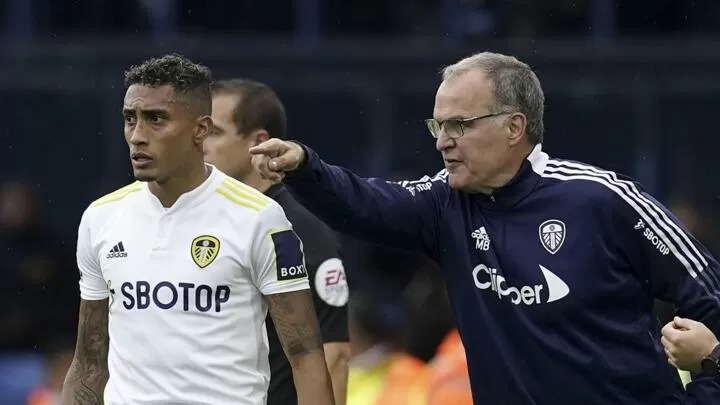 New Barcelona signing Raphinha is their most expensive of the summer so far, which makes it easy to forget just how rapid his rise to the top has been. It was only two seasons he was at Leeds United, but they had a profound impact on his career.

Oct 28th Indigenous and unique hip ho…
Our Big Joe Pool Float Collection Kee…
Crosswords with Friends September 24 …
USDA Propels This Scientist’s Career …
Production Music – Uzalo End Credits …
Leeds more than tripled their money on the Brazilian winger, who became one of the hottest properties in Europe this summer. In the meantime Raphinha has also won nine caps and scored 3 goals for Brazil – it looks as if he might go to the World Cup too.
While obviously his talent and hard-work have plenty to do with it, Raphinha Credits Marcelo Bielsa with the sudden leap in his trajectory.
“He is a manager who helped me a lot from the first moment I arrived at Leeds. He always demands more, he always demands the maximum performance. He helped me to get to the national team and he helped me to arrive at Barcelona. If it wasn’t for his teachings, in a group or individually, I probably wouldn’t be here.”
Raphinha was speaking to Mundo Deportivo from Dallas, where Barcelona are currently on preseason tour. Their final match of the tour is due to take place against Juventus at 02:30am on Wednesday morning CEST.
Asked what made Bielsa different, again Raphinha showed a deep affection for the Argentine.
“As well as having a style of play that always respects the ball, he looks for the maximum performance in training and in matches, he was an important person for me and my career, I will always take him with me.”
However he didn’t see any similarities with his new coach, Xavi Hernandez.
“They are different, Marcelo has a unique way of working. It is the ‘Marcelo Bielsa style’, let’s call it that. Every manager is different. Equally everyone has a different way of living their life, every player and every manager is different in their work.”
One of the noticeable things that can be seen through Barcelona’s recruitment this summer is that many of their new signings have been coached by some of the top managers in the world. Robert Lewandowski, who has had an array of top managers, Andreas Christensen (Thomas Tuchel), Raphinha and Ferran Torres (Pep Guardiola), have all arrived from strong culture of pressing.
As Xavi seeks to revolutionise the culture of the club and implement a successful scheme in double-quick time, it won’t hurt that many of his new players are used to high standards.

Raphinha credits Marcelo Bielsa with move from Leeds to Barcelona