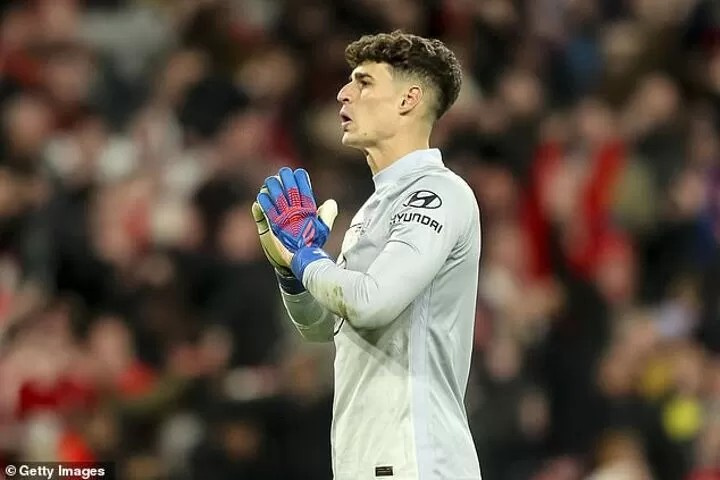 Napoli are eager to secure the services of Chelsea goalkeeper Kepa before the end of the summer transfer window, according to reports.
Chelsea signed the now-27-year-old back in 2018 for a world record fee of £71.6million, but he has found first-team opportunities limited in recent times.

🔥🔥New Music🔥🔥: Armani Caesar Featurin…
D-Black – Trotro Vibes
20 Best Pools in Las Vegas
FCSB – SILKEBORG LIVE PRO ARENA, Meci…
Dosa ($DOSA), is a Crypto Voting Plat…
As a result, Chelsea could be willing to offload the Spanish international to Napoli ahead of the 2022-2023 campaign.
According to AS, Napoli have already reached out to Chelsea and the player's entourage as they are eager to secure a deal before the window closes.
However, the Spanish outlet has stated that negotiations over a potential deal ahead of the 2022-2023 campaign have not started yet.
A departure from Stamford Bridge could be in Kepa's best interest as he has struggled for first-team minutes - having only featured 11 times in the Premier League across the last two seasons.
He fell down the pecking order when Edouard Mendy arrived from Rennes. The Senegal international has held the number one spot ever since, with Kepa having to settle for the bench, cup appearances and a few of league games per season.
Given Kepa's ambition to be part of Luis Enrique's plans for the World Cup in Qatar this winter, he will need to secure more regular game-time at the beginning of next season.
Therefore, Kepa could look to part ways with Chelsea this summer - after an eventful spell with the Premier League giants.
The Spaniard is perhaps best known for refusing to be substituted in the 2019 Carabao Cup final when then-manager Maurizio Sarri wanted to swap his goalkeeper for a penalty shootout.
The Blues went on the lose the game 4-3 on penalties to Pep Guardiola's side, Manchester City.
Kepa was also brought on during their Carabao Cup final with Liverpool, but then failed to save a single spot-kick and went on to miss himself in an 11-10 defeat.