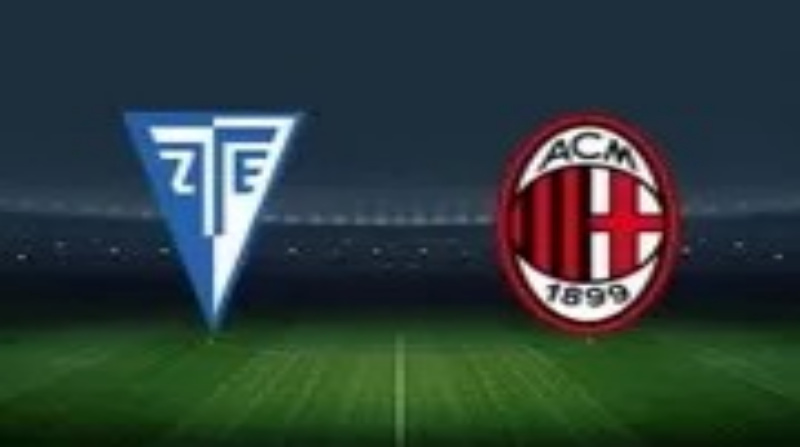 Game is over and the final score is Zalaegerszeg TE 3-2 Milan. Here is the match report.
Match Report
Milan recovered after a nightmare start once their top stars came on, but still lost 3-2 away to Hungarians ZTE.

Orange Transmite Meciurile din Champi…
6 Catholic paintings app
Operation Lone Star Troops Could Owe …
André Júnior Mz – Sunset In The Beach
A Domestic Oasis with a Sustainable K…
It was a very shaky start in Hungary, going behind within a couple of minutes when a corner was only cleared as far as the edge of the box for a ferocious Ubochioma strike, but he was left completely undisturbed.
Gergenyi was denied only by the woodwork, while Junior Messias and Olivier Giroud saw chances cancelled out by last-ditch tackles.
Zalaegerszegi TE doubled their lead with an own goal and again were very poor on a set play, Brescianini nodding into his own net.
Moments later, Matyas Tajti was allowed to get away from Brescianini far too easily, unleashing a screamer into the far top corner from distance.
Fode Ballo-Toure was brought down for a penalty, which was converted by Giroud.
The France centre-forward should’ve had a second on the stroke of half-time set up by Messias, kept out by a desperate save.
Ante Rebic and Alessandro Florenzi also tested their defences before numerous substitutions to bring out the big guns on the hour mark.
Mike Maignan almost scored a bizarre own goal with a mis-kicked clearance, but Yacine Adli again made a real impact with his performance in midfield, setting up the goal for 3-2 with a smart run and pull-back for Rade Krunic’s control and strike from 10 yards.
Line-ups
Zalaegerszeg TE XI: D. Kálnoki-Kis, B. Sanković, P. Demjén, B. Bedi, A. Mocsi, B. Gergényi, M. Májer, M. Tajti, S. Szalay, D. Németh, M. Ubochioma
Subs: Z. Lesjak, D. Csóka, O. Safronov, C. Manzinga, Diego Carioca, D. Milovanovikj, A. Huszti, G. Mim, E. Ikoba, barnabas kovacs, B. Gergely, papp csongor, gabor milan klausz, zsombor boros, ervin nemeth
Milan XI: Tatarusanu, Giroud, Florenzi, Rebic, F.Toure, Gabbia, Brahim, Junior Messias, Tonali, Brescianini, Kalulu
Subs: Mirante, Maignan, Krunic, Calabria, Tomori, Bennacer, Theo, Y. Adli, Leao, A. Saelemaekers, M. Lazetić, Andrei Coubis, Antonio Gala