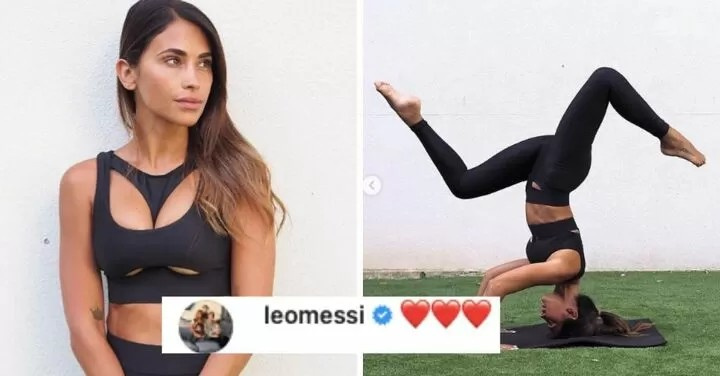 Paris Saint-Germain (PSG) star Lionel Messi has been left stunned by a post from his wife Antonella Roccuzzo, with the Argentinian model showing off her yoga skills.
Antonella posted a picture of herself partaking in a yoga routine on her Instagram that wowed followers and her husband Messi.

BECOMING A SUCCESSFUL BUSINESS OWNER:…
What Investments Are Safest in 2022?
Writing Holiday Stories: Tricks (and …
Best PS5 Games Deals and Offers with …
Total War Pre-Workout Review: Hype or…
She uploaded an Instagram post with the caption:
"We keep practicing."
Messi responded to the stunning picture with three love heart emoticons. The couple have been together since meeting at the mere age of five, marrying in 2017 (as per The Sun).
They have three children together, Matteo, Ciro and Thiago, and their family life has seemingly never been stronger.
Now residing in Paris, the children adapted to life in the French capital in quick fashion but that wasn't the case for Messi and Antonella.
The 35-year-old explained the difficulties in making the move from Barcelona to PSG last summer, telling TyC Sports:
"Luckily, the children's adaptation was spectacular. We always had that fear, that the children would have a hard time with the change. And it was the opposite. It was very easy, they adapted very quickly to school, to friends, day by day.
"For Antonela and me it was more difficult. I remember that the first day we took them to school was terrible. We both left crying. Saying what we are doing here, what happened. We didn't understand anything. But they really some phenomena all three."
Messi recently celebrated his 35th birthday by celebrating with Antonella on a holiday in Ibiza. The legendary forward continues to be stunned by his wife and will be looking to stun PSG fans heading into next season.
No distractions for Lionel Messi at PSG next season
Lionel Messi arrived at PSG last summer in one of football's most groundbreaking transfers in history.
The Argentinian icon had been expected to see out his career at Barcelona, a club he had forged an unmatchable career at. The forward managed 670 goals in 776 appearances for the Blaugrana during his time at the Nou Camp and claimed the Ballon d'Or a record seven times.
However, his debut season at the Parc des Princes perhaps didn't hit the heights of his time with Barca.
Messi managed 11 goals in 34 appearances and seemed to be a frustrated passenger at times. He's looking to make an impact next season, telling the aforementioned TyC Sports source:
"I know that this year is going to be different, I'm already prepared for what's to come, I know the club, I know the city, I'm a little more comfortable with the dressing room, with my teammates and I know it's going to be different".
The Parisians will kick off their official season on August 6 against Clermont Foot.