The five players Arsenal plan to sell this summer 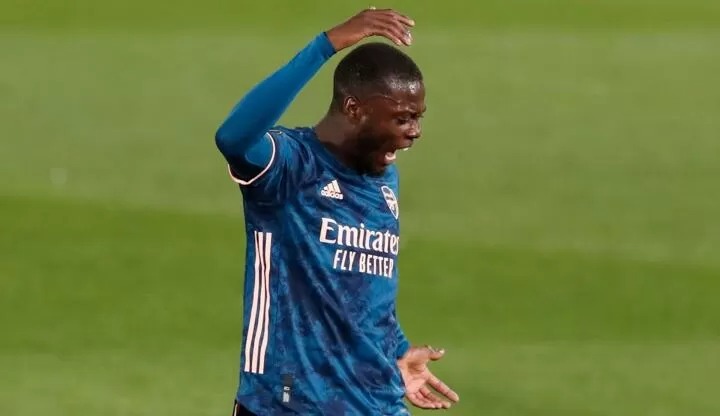 Arsenal have had a busy transfer window, having signed players like Gabriel Jesus and Fabio Vieira, and could still be in the market for a few more players.
article image
Before they do that, however, they’re going to have to sell some players, as they have a squad of 33 players and will have to trim that down.

California’s 15 Best Hotels with Free…
Bumpa, Social Commerce Startup Raises…
Financing Options for Plant Gardening…
Best PS5 Games Deals and Offers with …
THE COME UP: An Oral History of the R…
There are a few Players Arsenal could sell to reduce that number, and many of them have been linked with moves away from the club in the past few weeks anyways.
Nicolas Pepe
Pepe has endured a difficult few years at Arsenal, having joined for a mammoth fee in 2019, but has failed to make much of an impact in that time.
In the past season, he has fallen further down the pecking order, with Mikel Arteta preferring the likes of Bukayo Saka and Gabriel Martinelli over him.
There has been interest in the player from Leeds United and Sevilla, and with playing time set to be limited, he will have to explore chances elsewhere.
Hector Bellerin
Bellerin isn’t the player he once was at Arsenal, with injury issues affecting his form and cost him his place in the side as others rose.
The Spaniard spent the last season away on loan at Real Betis, and had a good time in Andalusia, as he was part of the side that won the Copa del Rey.
A permanent move away could be beneficial for all parties, and Bellerin has been linked with plenty of moves away this summer, including a return to Real Betis.
Lucas Torreira
There was great expectation when Lucas Torreira signed in 2018, but the move hasn’t worked out as planned as it’s been a struggle for the Uruguayan.
Torreira had a hard time settling into life in London, and made his desire to leave quite early, with the player spending the last two seasons away on loan.
It may be time for Arsenal to cut their losses entirely and let go of Torreira on a Permanent Basis, opening the door for another player.
Ainsley Maitland-Niles
Like others on this list, there’s been little time to impress for Maitland-Niles, and he could be another one out of the door at Arsenal.
Maitland-Niles made his wish to leave clear at the start of last season on social media, and he finally got his move to Roma on loan in January.
However, the spell didn’t go as planned, and the player and club will want to part ways on a permanent basis now, as it benefits both parties.
Bernd Leno
Leno was Arsenal’s first-choice goalkeeper until last season, before Aaron Ramsdale’s arrival meant that the German would go down the pecking order.
There has been interest in the player since, as Leno feels he’s better than a second-choice, and he’ll want to show his quality elsewhere.
Fulham are one club heavily interested in the player, but there hasn’t been a concrete offer made for him, but a move away still looks possible.

The five players Arsenal plan to sell this summer