Manchester United have enjoyed a positive start to life under new manager Erik Ten Hag. The team is currently in Australia and have won all three of their pre-season fixtures up to now. Ten Hag is giving a number of players a chance to impress him in his preparations for the upcoming season.

paris jackson RELEASES NEW SINGLE “ju…
Solar Powered Cane String Lights Chri…
Tenorshare iAnyGo: How to Spoof Pokem…
Exit Interview With Fluidra President…
Taiwan Leader Tells China War ‘Absolu…
United thrashed Liverpool in Bangkok in their first pre-season outing and beat Melbourne Victory 4-1 in the second fixture. The Red Devils then produced a controlled display against Crystal Palace as they 3-1.
We are already starting to see an established style of play under Ten Hag and the signs so far are promising. The high-intensity and pressing demands from Ten Hag have been evident in the first three games.
We will look at three Manchester United players who have impressed in the pre-season so far.
#3 Charlie Savage 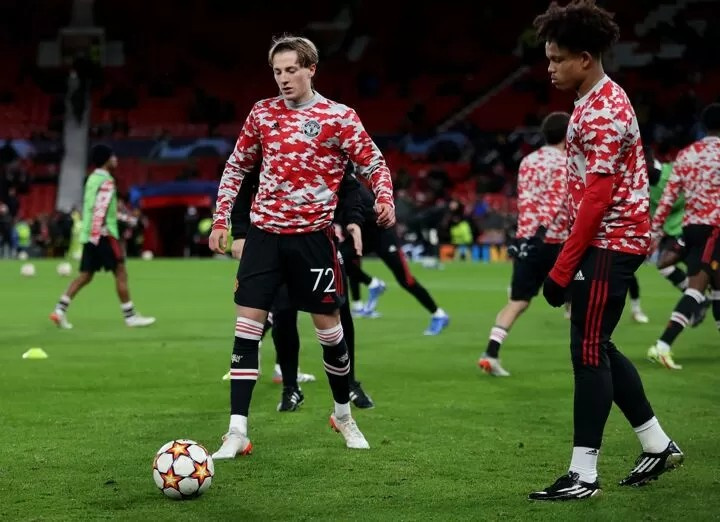 Charlie Savage made his senior debut in December last year against Young Boys in the Champions League. He is yet to add to his tally of senior appearances. Savage's father, Robbie Savage, also played for United's academy. However, he was eventually released from the club and went onto play for several Premier League clubs.
Savage has been at the club since a young age and has developed into a good player. The youngster featured for the Under-23's last season and has been rewarded with a place on the pre-season tour this summer.
Ten Hag has given Savage a chance in all of the club's pre-season games so far and the youngster has caught the attention of the Old Trafford faithful. Savage played in midfield pivot and performed with maturity and authority.
While there is an argument that the youngster should go out on loan, some fans feel he has shown better technical abilities than both Fred and Scott McTominay.
#2 Zidane Iqbal 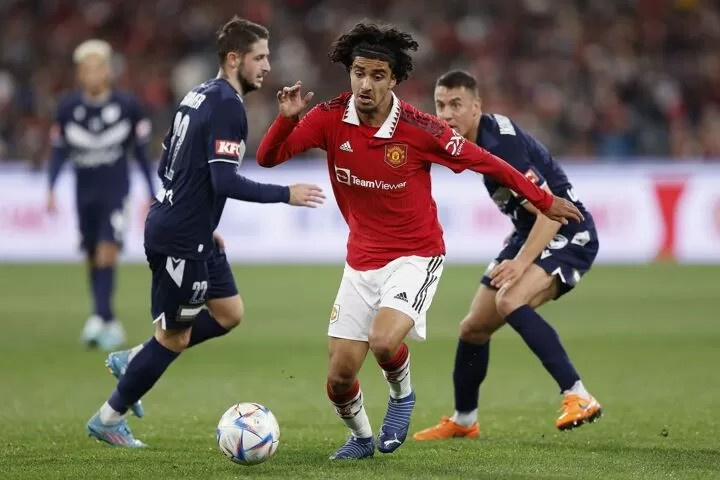 Like Savage, Zidane Iqbal is a product of Manchester United's prestigious academy. The 19-year old has been at the club since a young age and has worked his way up the ranks. He too made his debut for his boyhood club against Young Boys in the Champions League last December, and is yet to make another senior appearance.
Iqbal is the first player with a South-Asian heritage to play for the club and has a large fan following due to the club's massive fanbase in south Asia. He was born to a Pakistani father and an Iraqi mother.
The 19-year old has shown he has massive talent as he has also featured for United in the first three games of pre-season. Against Liverpool, Iqbal played alongside Savage in the midfield pivot and competed brilliantly against Liverpool's first-choice midfield.
The youngster has always made himself available for the ball in midfield, something which Fred and McTominay have been criticized by fans for not doing. Ten Hag is said to be impressed by the youngster and it is understood he will be given more opportunities in pre-season to prove his worth.
#1 Anthony Martial 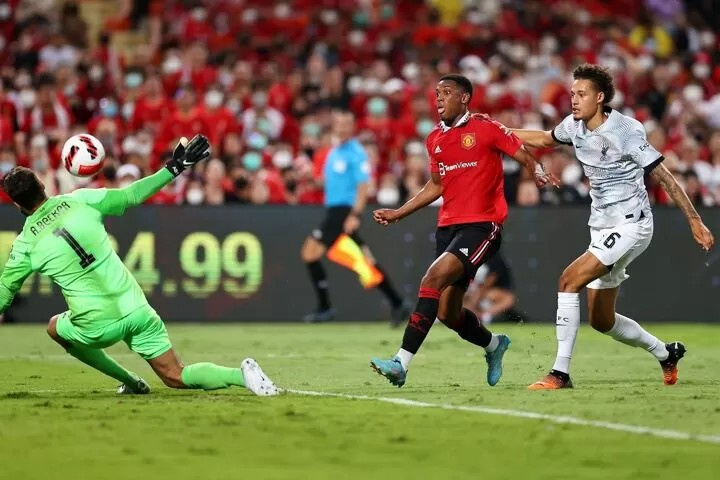 Anthony Martial endured a terrible campaign last season for both Manchester United and Sevilla, who he joined on a six-month loan spell in January. He managed two goals and a solitary assist last season across competitions for both clubs.
The striker struggled to produce impactful performances. There seemed to be an acceptance within the United fanbase that the Frenchman would depart this summer.
However, it seems Ten Hag wanted a chance to see Martial's abilities for himself and hence he has been given an opportunity in pre-season. With Cristiano Ronaldo's future clouded in doubt, Martial now looks set to stay at Manchester United and will likely lead the line for them in the upcoming season.
The forward was excellent against Liverpool in Bangkok. His pressing from the front caused Liverpool's back-line all sorts of problems and the Frenchman was rewarded with two goals for his hard work.
He also scored in Manchester United's 4-1 victory over Melbourne Victory. The Frenchman played a pivotal role in the game against Palace as he scored one goal and also assisted Jadon Sancho for United’s third. The front three of Marcus Rashford, Anthony Martial and Jadon Sancho looks very promising for United fans. They will hope the trio can maintain their form leading up to the new campaign.
Paul Merson predicts the top 4 of the Premier League next season! Click here