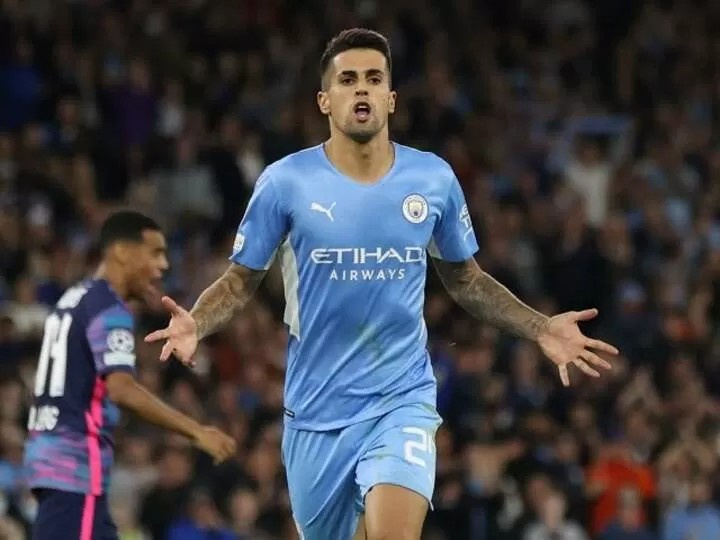 Manchester City have confirmed that full-back Joao Cancelo will wear the Number seven shirt next season following Raheem Sterling's departure to Chelsea.
The West Londoners confirmed the signing of Sterling last week in a deal worth around £47.5m, with the forward ending his hugely successful seven-year spell at the Etihad Stadium.

MRS THATCHER’S DREAM
Hollywood Dentist Providing Red Carpe…
Robotime ROKR Marble Night City 3D Wo…
10 Best Restaurants in St. Augustine
Calculators.org / Have Fun While Your…
The 27-year-old leaves the Citizens after recording 131 goals and 94 assists in 337 appearances for the club across all competitions, as well as winning a total of 11 trophies including four Premier League titles.
Sterling was immediately handed the number seven shirt when he arrived from Liverpool back in the summer 2015.
City have now announced that Cancelo has decided to swap his squad number from No.27 to No.7 for the upcoming season.
Cancelo had been pictured with the number seven etched onto his training gear while on the club's pre-season tour of the USA.
The versatile and attack-minded full-back will follow the likes of Georgi Kinkladze, Peter Barnes, Mike Summerbee, Stephen Ireland and Robbie Fowler in wearing the No.7 for the Citizens.
Cancelo has previously donned the number seven shirt at both Valencia and Inter Milan, while he has also worn the number 70 during his time with Benfica.
After joining City from Juventus in the summer of 2019, Cancelo initially struggled to cement his place as a regular starter under Pep Guardiola, but the 28-year-old has since become a key cog in the Spaniard's well-oiled machine, operating at both right-back and left-back.
Cancelo's performances over the last two years have been recognised, as he was named in the PFA Premier League Team of the Season for the 2020-21 and 2021-22 campaigns.
The Portugal international has made a total of 128 appearances in his three seasons at City, scoring seven goals and providing 17 assists.
Man City's four new signings have also received their squad numbers ahead of the new season, with striker Erling Braut Haaland to wear the No.9 following Gabriel Jesus's exit to Arsenal.
England international midfielder Kalvin Phillips will don the number four shirt, previously worn by club legend and former captain Vincent Kompany.
Meanwhile, goalkeeper Stefan Ortega has been handed the number 18 shirt, while January arrival Julian Alvarez will wear the number 19.