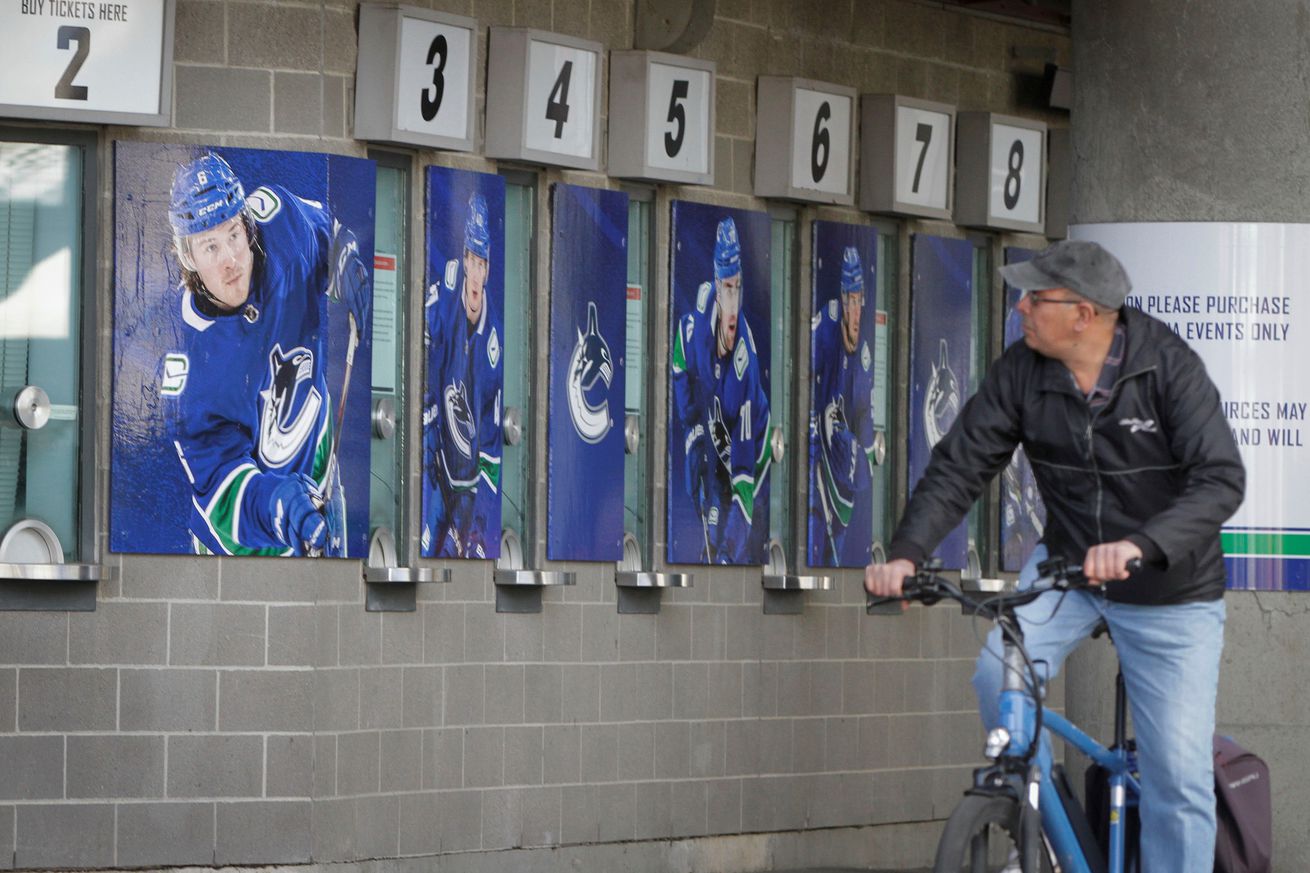 A resident takes a look to the posters Canucks players at the box office outside Rogers Arena in Vancouver, British Columbia, Canada, April 5, 2021. National Hockey League NHL’s Vancouver Canucks declared an outbreak where 17 of 22 players were reported on COVID-19 protocol list as of Monday afternoon. (Photo by Liang Sen/Xinhua via Getty) | Xinhua/Liang Sen via Getty Images

They also confirmed that the source of infection was confirmed as a variant.

On Wednesday, the Vancouver Canucks provided an update on one of the scariest COVID outbreaks in the NHL so far this season.

In a press release sent out from Team Physician Jim Bovard and Infectious Disease Physician Josh Douglas, the team confirmed that 25 individuals have obtained the virus in total, including 18 players from the roster and three from the taxi squad.

On March 31, the Vancouver Canucks in conjunction with the NHL and BC Health officials postponed a game versus the Calgary Flames and closed Rogers Arena’s team areas following confirmation of three positive COVID-19 test results over a period of two days. All players and staff currently remain in quarantine.

As of today, 25 individuals have tested positive and the source infection is confirmed a variant - full genome sequencing by BCCDC will be required to determine which specific type. Among the 25 positive cases are 21 players (three players from taxi squad) and four members of staff. One additional player is considered a close contact.

An ongoing investigation by Vancouver Coastal Health and club contact tracing staff attributes the source infection to a single individual obtained in a community setting, which has since been identified by public health as a public exposure location. Rapid spread of infection throughout the team indicates a link between contacts and the primary case.

The health and safety of players, staff, families and the greater community remains the utmost priority. The Canucks are grateful for the continued support of local public health officials, the NHL and NHLPA and encourage everyone to help prevent the spread of COVID-19 by following health orders. COVID-19 infections are rising in BC. This is a stark reminder of how quickly the virus can spread and its serious impact, even among healthy, young athletes.

On Tuesday, Jake Virtanen became the 18th roster player to be added to the COVID protocol list.

Here’s hoping that now, more than a week after Adam Gaudette first tested positive, that the positive test and Canucks in protocol begins to shrink rather than grow.

Are women getting incorrect treatment?