In Memory Of Jason Botchford 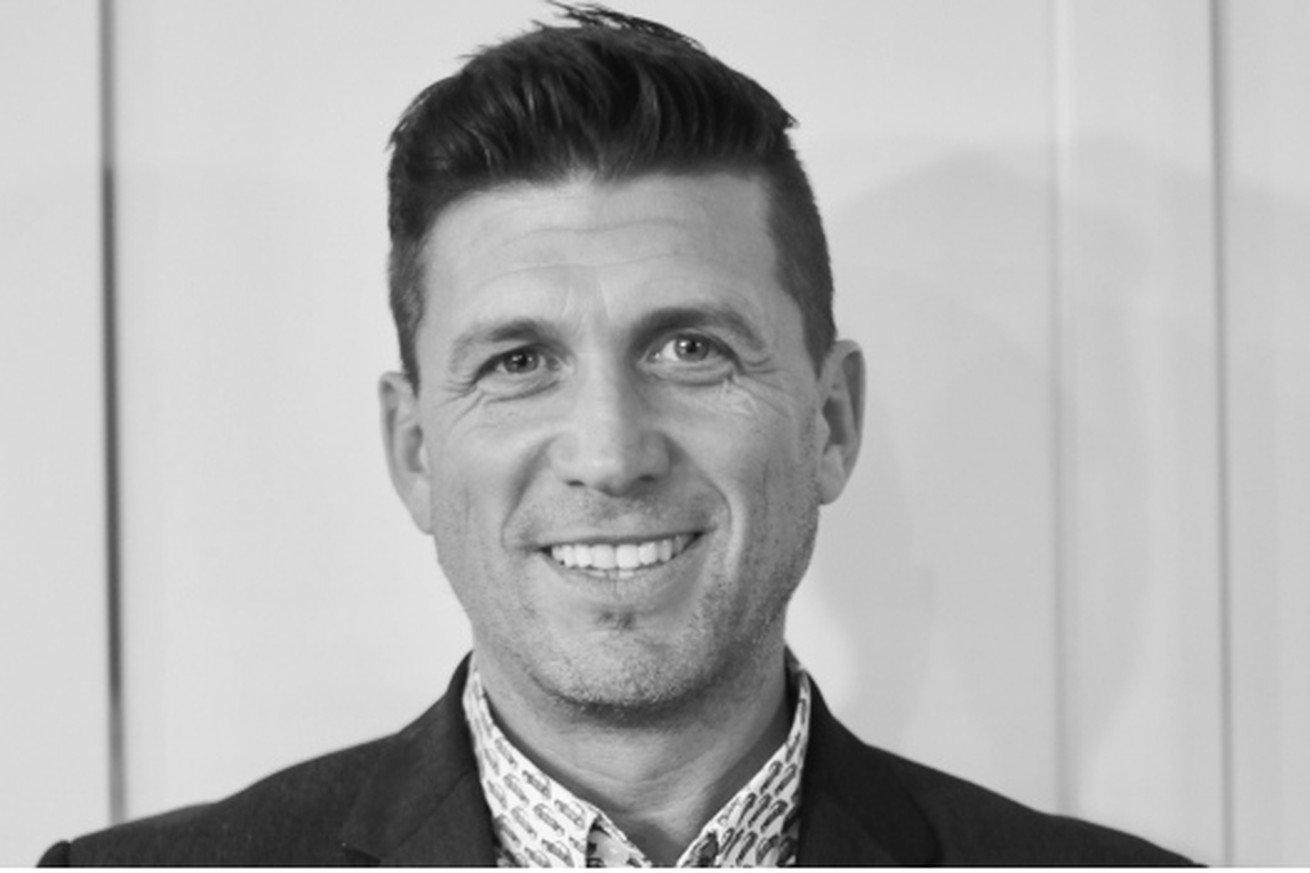 The Canucks community is devasted as we learn the long time Province/TSN 1040/The Athletic scribe passed away on the weekend.

It is with deep sadness that we learn of the passing of one of the most prominent voices of the Canucks community, Jason Botchford. Botch was a giant in Vancouver sports media, and an essential part of the fan experience. Whether you agreed with him or not, there wasn’t another like him: fearless when it came to asking the tough questions, always giving you unvarnished opinions on the state of the franchise, and making the voices of the fan base and especially bloggers heard. Everyone at Nucks Misconduct would like to offer our deepest condolences to Jason’s family, his friends, and co-workers. We’re going to talk a bit about what he meant, and we encourage you to share your thoughts in the comments.

Yankee Canuck: I never met Jason in person, but in the very early days of NM (2008-2011) getting his attention via email or Twitter was a mark of blogger achievement. We all know the Provies were a cut above, but for as long as I can recall his wit, insight and perspective on all things Canucks was a daily reading requirement. Even if you didn’t agree with everything he wrote, you had a comfort knowing his voice was out there at the highest levels in hockey media. When some reporters would take shots at the Canucks during the Gillis/Luongo era, I could sleep well knowing a snarky Botch retort was coming in “our” defense. He was great at what he did and made an impact in a way we writers all wish we could. Our deepest condolences to his wife, kids and the Botchford family.

KENT BASKY- Jason Botchford was a giant. He was a mentor, an example of what all sports journalists should aspire to. He always tried to show Canucks Fans his view of how things were going with this team. He never carried water for the team, giving it credit where it was due, but always calling them out when it was needed. He rubbed many the wrong way because of this, but for those of us who live and breathe this team, it was so very vital to the day to day experience of being a Canucks fan. He saw through the smoke and mirrors and always gave us what we really wanted: honest, even brutal truth.

I probably wouldn’t even be here right now if not for Botch. Back in 2011, struggling with depression and feeling so very out of my league at the Finals, Botch went out of his way to talk to me not like he was looking down his nose at the blogger who stood out like a sore thumb, but like a colleague. I cannot begin to tell you how much that meant to me, and how it has kept me going at this through many times of wanting to leave writing behind.

Botch gave the bloggers in this market a voice, treating us like equals and encouraging people to explore the alternative voices out there. We probably don’t think about how lucky we are as Canucks fans to have so many incredible outlets: a true wealth of amazing writers, podcasters and others who help make the experience of being a fan of this team what it is. Botch was so vital to all of this. Getting a mention in ‘The Provies’ was a badge of honour for Canucks fans. He was a mentor to me, always available to chat in Twitter DMs, and the fact that he never blew you off because you were ‘just a blogger’ was one of the things that made him such a force in this town.

It’s a legitimate shame that he didn’t get to see this team turn things around. He was taken from us at the shockingly young age of 48, and that’s young for a journalist. He had so many stories still to tell. We owe it to him to keep telling these stories. Thank you, Botch. I’m eternally grateful for all you did, and how you made being a fan of the Canucks so much better.

TREVOR CONNORS - I always roll my eyes at the outpouring of emotion online when a public figure passes away, but today’s news has me shaken. Botch was a personal inspiration to me and he had an enormous impact on the Vancouver sports market.

We interacted a bunch online, but never met in person. In private messages he always encouraged me to write more to get my name out there. He said, “Who the fuck cares?!”, when I told him I didn’t have a journalism degree. This was a major turning point for me in my life.

There’s no other voice like his in all of Canadian sports media. He understood his audience better than any other sports writer I’ve ever read. No one understood Canucks fans and the city of Vancouver like Botch.

No hyperbole: RIP to the greatest sportswriter in Vancouver history.

jimmi - Botch has always been my favourite rooster in locker room scrums. He was not intimidated by the ‘Media Code’ - breaking reporter/locker room taboos - he gave us a view of the game we’ll never see again in Vancouver.

It’s an unfathomable loss for his family. A mortal loss for NucksNation. And a grim reminder the time/destiny faeries wait for no one (impatient little bastards). If only Botch could have kept his Nucks reporting going for another 50 years, we (or our children’s children) would have experienced the Nucks winning Cup run through the words of the best reporter of his era.

So long, Botch, we’ll miss you more than is proper to admit on a hockey blog.

Markus Meyer - It’s hard to put into words what Jason Botchford means to this team, and this community. In a sense, what he contributed was more than just hockey writing — it was a representation of the fanbase; their struggles, triumphs, and frustrations. He did it with an impeccable sense of humor, and a passion matching the core of Canucks fans.

His wit and thoughtfulness was immensely entertaining, unmatched across the media market. His radio hits and podcast were must-listen, appointment listening in my schedule, and it’s certain that others feel the same way. Energetic and honest, he brought a flair and creativity to the profession that few do.

A tragic loss as a father, man, and journalist that will be hard, if not impossible, to replace. Brash and unfiltered certainly, but that’s what made him special. It’s hard to process in the moment, but what all Canucks fans agree on is that Botchford was a Vancouver hockey icon, and an irreplaceable figure in the marketplace. From the inside jokes to ‘Botch-isms’ — from ‘needing an army’ to rootbeer Beaver buzz — he brought a distinct voice that touched many. Here’s a final hat tip to a figure that we will all miss deeply.

Beggsy - I’m at an utter loss for words after hearing today’s news.

Jason Botchford wasn’t just another well-respected hockey journalist — he challenged and revolutionized the way that reporters should cover a hockey game. Sports is nothing but entertainment at the end of the day, and Botchford entertained the readers like no other sports journalist I’ve come across.

He challenged the notion of being “prim and proper” with your writing, and wrote in an engaging style that attracted — dare I say it — an army of loyal readers. Those who have been around long enough might know that “The Provies” started as just a tiny side column in the newspaper with a couple of “Provies” awards handed out for games. It was maybe 100 words.

Like pouring a pack of Beaver Buzz on an anthill, Botch turned that little column into an entertainment juggernaut that was not only refreshing and engaging to read, but it’s propelled Canucks fans through some tough years. The hockey here has been subpar for the better part of a decade, and I’m surely not the only one who agrees that Botch’s Provies/Athletties were the best thing to look forward to on Game Day’s.

I first met Botchford at the Jake Milford Canucks charity invitational last September. As probably the least-well known guy there, I tried to introduce myself to as many reporters as possible. However, it was my interaction with Botchford that stood out the most.

I told him that I loved his work and was a big fan of the Provies. Next thing you know, this big grin creeps over his face as he concocts ideas for how he can sell me on what became The Athletties. A shoe shine and a shoulder rub were on the table.

I was able to meet Botchford once more at The Athletic subscriber event (yes, he convinced me to sign up) last October. That interaction stood out too, because he came up to me and said hello before I even had the chance to talk to him. I think that epitomizes why Botchford was loved so much. He didn’t discount bloggers and fans, he embraced them. He embraced debate and he embraced the Canucks community.

To my favourite hockey journalist and a dude who’s undoubtedly an even better person, you will be forever missed by an army of Canucks fans and hockey fiends around the world. My absolute, sincere condolences to the Botchford family.

In Memory Of Jason Botchford