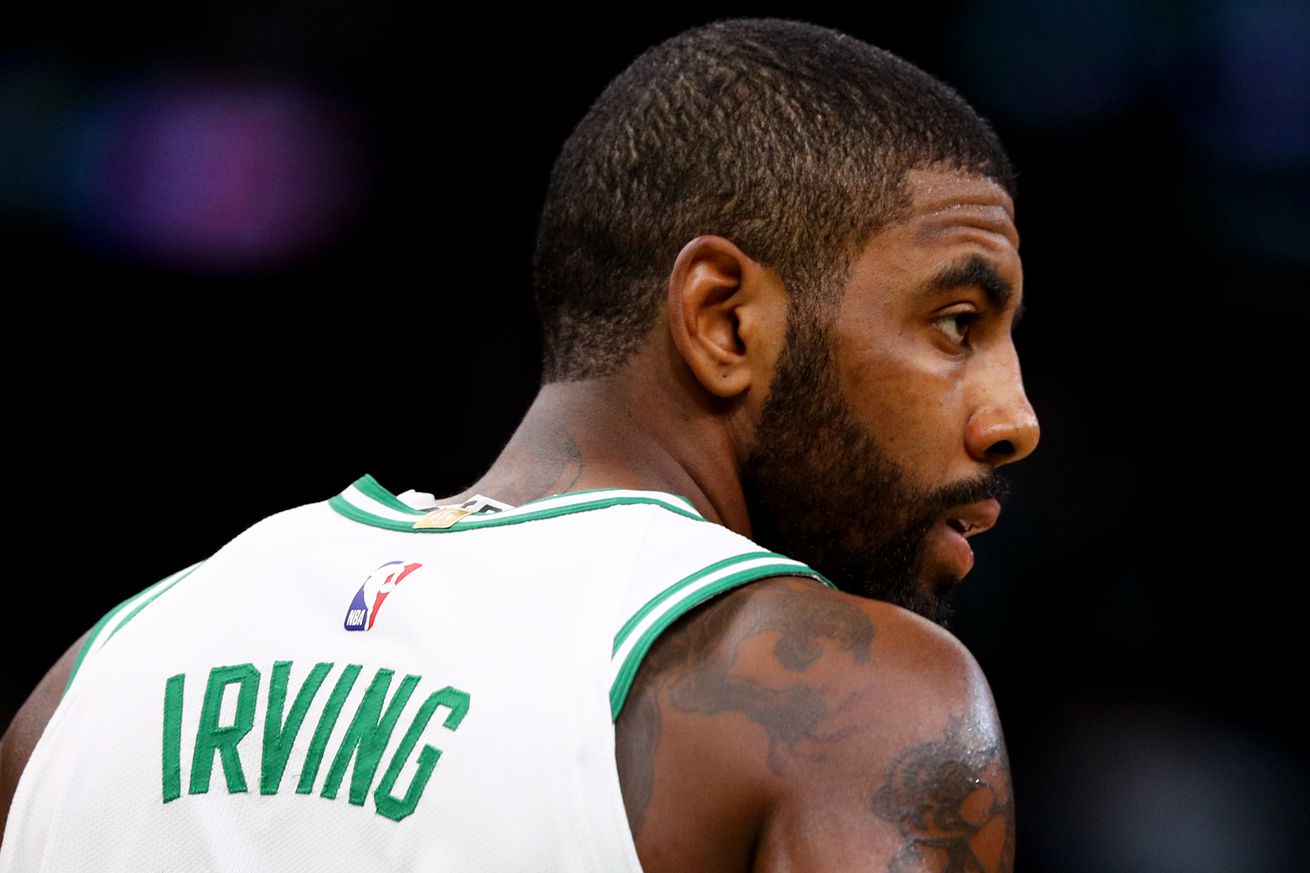 The Celtics improve to 5-2 behind 31 points from Kyrie Irving.

The Boston Celtics defeated the Detroit Pistons on Tuesday night by a score of 108-105 to improve to 5-2 on the season. Detroit falls to 4-2.

Kyrie Irving led the way for Boston tonight and looked sharp in the early going coming off of a 3-point effort on Saturday night in Detroit. In his first game of the season without his afro, Irving had 7 points in the first 5 minutes of tonight’s game and did not stop there.

Aron Baynes saw five first-quarter minutes in his first action in three games and didn’t seem to have any issues with his previously injured hamstring. He was 3/3 from the floor for 9 points over that span. Towards the end of the first quarter, Robert Williams checked in for a riveting 54 seconds. Yes, it was riveting to see some first quarter Time Lord.

The Celtics bench continued its strong start to the season, with Baynes and Marcus Morris combining for 20 points in the game’s first 15 minutes. Morris has been very solid to start the year, but he was exceptional on Tuesday night, continuing his role as the Celtics’ most efficient offensive player. He finished the night with 15 points and 9 rebounds.

Detroit dominated inside during the first half, scoring 30 points in the paint while also attempting 18 free throws (they finished 17/18 in that span). They continued to try and use their big bodies to force themselves inside, as Blake Griffin targeted Gordon Hayward on switches to try and get to the hoop. Despite that mismatch, the Celtics defense started off the second half strong. Detroit scored just two points in the first 5:30 of the third quarter.

Irving’s strong night really came to fruition in the third frame, as it became very clear that his afro was holding him back. He caught fire to lead a 21-7 run from the 9:03 mark of the quarter onwards. The Celtics trailed 58-60 prior to that stretch. Entering tonight, Irving was 7/29 from beyond the arc; he was 4/7 3FG tonight. The Celtics outscored the Pistons 25-13 in the third quarter to take a 10-point lead heading into the fourth. Another way of phrasing that? Detroit tied Irving’s third-quarter point total. The Celtics point guard would finish the night with 31 points, 5 rebounds, and 5 assists.

The Pistons managed to cut the 14-point deficit down to one with just over four minutes remaining. After a bizarre non-call on a potential Andre Drummond goaltend, Brad Stevens picked up a technical foul that seemed to reignite the Celtics. They would jump to a 6-0 run immediately out of that timeout to take control of the game. Detroit would hang tough but ultimately couldn’t get over the hump. Blake Griffin led the way for the Pistons with 24 points and 14 rebounds.

Jaylen Brown started his night 0/6 from the floor, but finished 6/7 from that point on. He finished the night with 14 points.

The Celtics return to action on Thursday night as they welcome the undefeated Milwaukee Bucks to TD Garden at 8:00 PM EST.