Arsenal and Everton have stepped up their interest in a Milan striker, while Manchester United have made approaches for three central midfielders valued at a total of £200m, according to Tuesday’s European papers. 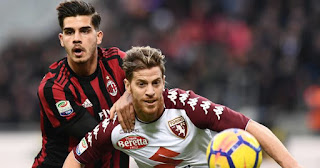 The 22-year-old Portugal striker Silva has struggled to adapt to life in Serie A, after joining from Porto for €38million last summer, and has failed to find the net in 12 appearances.

However, his record in the Europa League has been outstanding, having notched six goals in as many appearances.

But due to his struggles in league football, Milan are said to be ready to listen to offers for a player who failed to impress former boss Vincenzo Montella or current one Rino Gattuso.

Arsenal are on the hunt for a new attacking option as Alexis Sanchez seems certain to move, either this month for a cut-price fee or on a free in the summer, while the Toffees have still not replaced Romelu Lukaku after his summer switch to Manchester United.

MANCHESTER UNITED HAVE THREE MIDFIELDERS IN THEIR SIGHTS

Manchester United have made contact with the agents of three central midfield targets, according to multiple reports on Tuesday.

United boss Jose Mourinho has strongly hinted the club are ready to make a splash in the January market, despite saving their business for the summer in recent seasons. 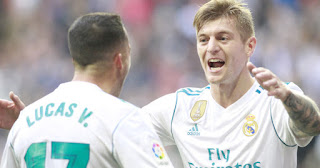 While Mourinho is keen to add a wide attacker to his ranks, reports on the continent have suggested it is in central midfield that the United boss is most keen to strengthen – especially with Marouane Fellaini seemingly heading for the Old Trafford exit door.

As such, Spanish outlet Don Balon claim United officials have contacted Valencia over their midfield star Carlos Soler, who has long been on the radar of Mourinho. Soler has been in fine form this season as Valencia have returned to the upper echelons of La Liga.

The 20-year-old has risen through the ranks of the club and has a €80million (£71m) release clause in his contract. However, Don Balon claim United have asked Valencia if there is any room for manoeuvre over his fee and could instead look to strike a deal around the €60million (£53.4) mark.

In addition, Don Balon also claim United have spoken with Real Madrid officials over a deal for another long-term target in Toni Kroos. It’s claimed Real are willing to sell the Germany midfielder in order to free up funds for a blockbusting summer move for Neymar.

Kroos would cost United €101m (£90m) given the player is still only 27-years-old and seemingly approaching his peak.

And finally, Il Bianconero claims United are also back in for Portugal midfielder Andre Gomes, with the club having asked about a deal for the midfielder. Barcelona are reportedly ready to let Gomes leave for a fee of around £35m-£40million, with the Italian outlet claiming United will battle Juventus for his signature this month. Barcelona are ready to give Samuel Umtiti a new contract to ward off Manchester United and Manchester City interest, who are looking to activate his £54m release clause (Mundo Deportivo) 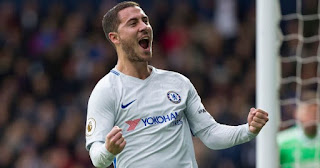 West Brom could be set to cancel the loan deal of Poland midfielder Grzegorz Krychowiak from PSG, with reports in Spain suggesting he may join Getafe on loan instead (Diario AS) 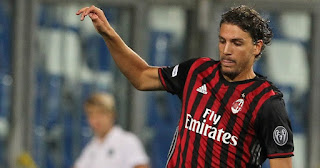 AC Milan starlet Manuel Locatelli, who has been linked with Arsenal, is expected to leave the club on loan this month – with Fiorentina likely suitors (Corriere dello Sport)

Athletic Bilbao goalkeeper Kepa Arrizabalaga should complete a £17.8million transfer to Real Madrid in the next few days (Marca)