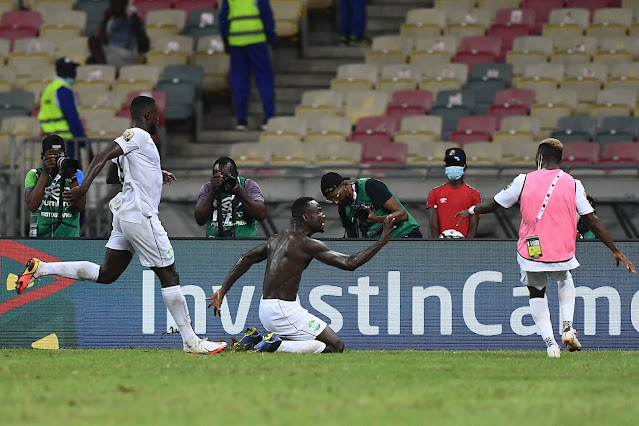 Sierra Leone scored a thrilling injury-time equalizer against Ivory Coast to earn a 2-2 draw at the Africa Cup of Nations in Douala.

The Elephants had been cruising, but a shocking error by Badra Sangare opened the door for Alhadji Kamara to slot home.

Sangare mishandled a back-header and could only watch in horror as Kamara clinched the Leone Stars' second consecutive Group E draw.

This implies they have a good chance of reaching the last 16.

However, the Elephants play defending champions Algeria on Thursday (16:00 GMT) in a make or mar encounter.

Both teams contributed to an intriguing affair that saw Ivory Coast miss an early penalty but then take a two-goal lead before Sierra Leone responded in a dramatic manner.

Presenting the #CIVSLE TotalEnergies Man of the Match 🐘


How the Sierra Leone players celebrated the equalizer

The streets of Sierra Leone went wild after the equalizer

#TeamSierraLeone with the 2-2 equalising goal. We yagba dem #afcon2021 pic.twitter.com/C8uq1WzpbB