Premier League Matchweek 23: Preview, Betting tips and Predictions - A City on a chase and other stories 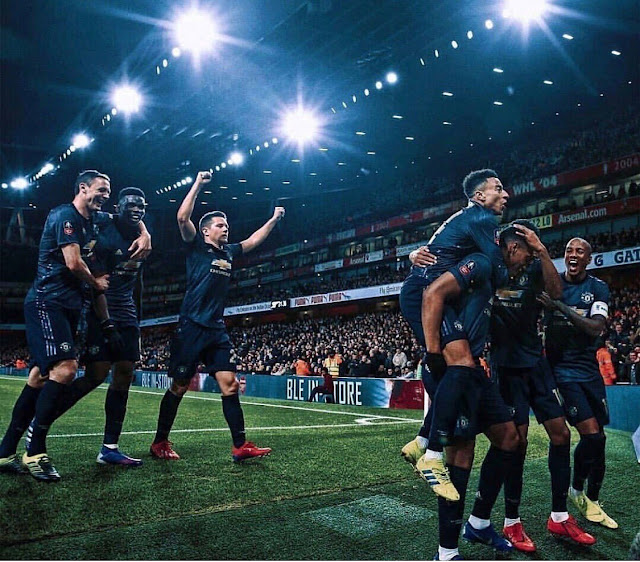 The most talked about news in Manchester will swing between United’s sensational winning streak and Manchester City’s 4-point chase, both for different reasons will continue to make headlines.
Manchester United went to the Emirates on Friday and returned with the next round ticket in the FA Cup, partly for grit and mostly for precision, they took their chances and they were better for it; For Arsenal, the ghosts of Arsene Wenger seems very much around with injuries to the fittest centre-backs in the team and huge need for reinforcements in the ongoing transfer window.
United face Burnley, an unpredictable team but will take more than a miracle for the Clarets to stop Ole Gunnar Solksjaer’s side, the confidence is sky high and everyone wants to contribute something. Sean Dyches has everything to play for in this fixture, his team could sink into the red zone should surrounding results go against him, but the most important thing is to focus on their own work and wait, whatever happens, he may have to wait another time to have laws in his own hands, not many joy awaits him and his lads here on Tuesday night.
The Citizens are away to Newcastle, Rafael Benitez watched helplessly as Watford dumped them out of the FA Cup in front of the Magpies fans and can only hope that the owners will make money available for him to buy fresh legs, what he has can only best a few of the present lots in the league and if not for his tinkering, this squad shouldn’t be in the Premier League.
While Pep Guardiola only has the four points between his side and the Kops as the major challenge, he must be wary of teams who don’t want to go down, at this stage, everyone gives it everything, how much they want the title and how far they have learned from history and experiences will go a long way in showing how they approach games.
Arsenal must beat Cardiff, and they must do it without their Key Men. Sokratis and Koscielny joined long term absentees, Bellerin and Holding on the sidelines, leaving Shkodran Mustafi as the only recognized fit centre-back in the squad, Mavropanos may be rushed back but that doesn’t sound good.
Cardiff will fancy their chances amidst the hangover of the whereabouts of their new signing Sala who was involved in a plane mishap a week ago, though the search has been called off, faint hopes still lie somewhere that he might still be breathing.
Huddersfield continue their "mission impossible 2" as they host Everton at the John Smith Stadium on Tuesday night, since the start of the season, the handwriting had been very clear with everyone seems convinced that the Terriers will go down, but what version of Everton would come to party on the day? The one that knows how to grind out results or the one that capitulates easily?
Marko Silva was animated on the touchline throughout Saturday’s shock FA Cup ouster in the hands of Millwall, the Toffees had it in their hands after Cenk Tosun seemed to have handed them the tie but a contentious equalizer and a miserably failed clearance cost them gravely, now they can focus on what matters, which is justifying their heavy investment on the squad that is hovering between interesting signs of potential winners and abject failures.
Brighton will not be drawn into the relegation fights as it stands but they must show why at Craven Cottage, if they beat Fulham on Tuesday night, then they would be comfortably clear of the drop zone.
For Fulham, it’s now or never, they can’t afford another miss, they must win here and set the tone for the remainder of the season, the late heartbreak at home to Spurs must be banished and a new atmosphere must reign supreme, if they don’t win here, they would be more than assured of championship football next season.
By the time Liverpool hosts Leicester on Wednesday night, their lead could have been cut to one point, leaving them under pressure to win against the Foxes, Claude Puel once again has been rumoured to have his job on the line, and whenever such news is in the air, the Frenchman always pull through, should Liverpool be afraid?
Chelsea would be away to Bournemouth, a team that is hardest to predict; one moment they’re scoring and the next they’re picking the ball from their own net, and with Gonzalo Higuain set to make his league debut after the barren FA Cup bow, Bournemouth’s rearguard will have to defend expertly to stop a man that has all the points to prove.
Southampton and Palace both have everything to play for in this relegation six-pointer, the Saints are on the rise while Palace were very unlucky at Liverpool last weekend having found the net three times, they went on to lose 4-3 and would need to be at their very best to earn points against a resurgent Southampton side.
The Saints have been very different since the arrival of their new manager and have survival in their sights, they press hard, they defend as a unit, it will be very challenging for strugglers to stop them at this stage.
Tottenham will round off the round with the visit of Watford to Wembley, questions are being asked of Spurs as to whether they are the new specialists in failure, they were dumped from the FA Cup by a spirited Palace side and with key men absent, their struggles look set to continue, their first loss of the season was inflicted by Watford.
Sometimes you wonder if lightning ever strikes on same spots.
As always, we deliver our takes on the next round of premier league fixtures, and remember, it’s strictly the opinion of the writer.
Gamble Responsibly

Premier League Matchweek 23: Preview, Betting tips and Predictions - A City on a chase and other stories