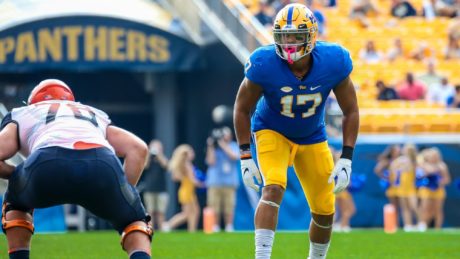 I would appreciate any support you can offer through Amazon purchases (LINK):

Marcus Allen, WR (Wisconsin): Allen signed with the Badgers in the 2021 class.

Kalil Branham, WR: Branham is no longer on the Kentucky football team, but he does not appear to be in the Transfer Portal.

Messiah DeWeaver, QB (transfer portal): DeWeaver entered the transfer portal this off-season after ODU's 2020 season was canceled. He has not announced a transfer destination.

Kevin Doyle, QB (Arizona): Doyle has not seen the field in three years at Arizona. He briefly entered the transfer portal before removing his name. He seems unlikely to ever be the starter for the Wildcats, and perhaps a spring football session will be the final nail in the coffin for his career in Tucson.

Eric Gray, RB (Oklahoma): Gray was one of the few bright spots for Tennessee in 2020. He had 772 rushing yards and 4 touchdowns, along with 254 receiving yards and 2 touchdowns. But after the season, he entered the transfer portal and is now at Oklahoma.

Jeremiah Holloman, WR (transfer portal): Holloman made 8 catches for 108 yards and 1 touchdown for Florida International in 2020. However, he's in the transfer portal once again after decommitting from Michigan and then transferring from Georgia to FIU.

Branden Jennings, LB (Maryland): Jennings signed with the Terps in the 2021 class.

Chase Lasater, LB (Florida Atlantic): Lasater led Florida Atlantic in tackles in 2020 with 72. He also made 5 tackles for loss, 1 sack, and 2 forced fumbles. He will be entering his fifth year in the fall.

Amauri Pesek-Hickson (Kansas): Pesek-Hickson was forced into action last season when injuries and opt-outs opened up some playing time. He ran 40 times for 145 yards (3.6 yards/carry) and caught 2 passes for 10 yards.

Casey Phinney, LB (Boston College): Phinney signed with the Eagles in the 2021 class.

Otis Reese, S (Ole Miss): Reese transferred from Georgia to Ole Miss last season, but he ended up sitting out the season due to a glitch in the transfer process.

Antwaine Richardson, S (Maryland): Richardson made 22 tackles in 2020, but his playing time was expected to diminish. Instead, he transferred to Kent State this off-season. He's listed as a 6'0", 195 lb. safety for the Golden Flashes.

Quintin Somerville, DE (UCLA): Somerville signed with the Bruins in the 2021 class. 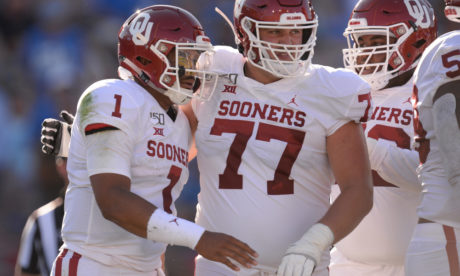 Erik Swenson, OT (Oklahoma): Swenson started one game at right tackle and ten games at left tackle in 2020. He is returning for a sixth year of eligibility in 2021. 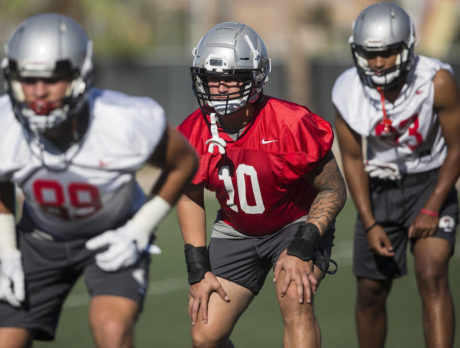 Denver Warren, DT (Bowling Green): Warren committed to Bowling Green in the class of 2021 after doing a prep year.