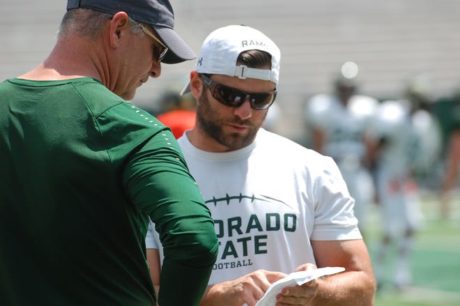 Helow played at Ole Miss under Houston Nutt before embarking on an interning/coaching career that took him from Alabama to Georgia to Colorado State to Maryland, coaching safeties and outside linebackers at his various stops.

I have not come across Helow on the coaching/clinic circuit, so I'm unfamiliar with him. But I do randomly have a friend who's pretty plugged into Maryland, and he says Helow is a pretty big loss. He says the linebacker play improved and that he's a solid recruiter, though he didn't have much time at Maryland to establish relationships since he was only there for one season.

Instead of analysis, here's ten minutes of highlights of Helow running downfield on kickoffs from the Houston Nutt era: