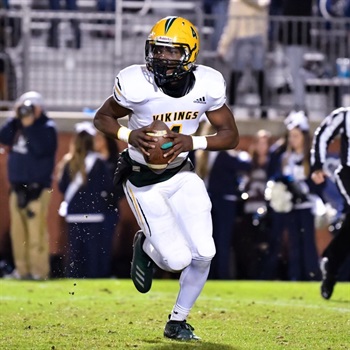 SEO Trends and Vitals for 2021
How Do Bed Bugs Reproduce?
How to Organize a Blog Post and Struc…
HEALTH AND WELLNESS EXPLAINED ~ E…
Did the market sprint to finish today…

Tyler Banks - LB - Crewe (VA) Nottoway: Banks is a 6'1", 215 lb. athlete with offers from Boston College, Buffalo, Old Dominion, Virginia, and Virginia Tech. He's a 3-star, the #61 athlete, and #727 overall. Though he has played quarterback in high school, he is unlikely to remain at that position in college, where he projects more as a running back or linebacker.

DeQuandre Smith - QB - Columbia (SC) Spring Valley: Smith is another "athlete" at 6'1" and 200 lbs. He was offered by Michigan linebackers coach Brian Jean-Mary, and like Banks, he looks more likely to end up on defense. Smith is the better QB prospect and could play there at the next level, but not at the level Michigan would need him to play. Michigan is his first and only offer so far.

Chandler (AZ) Hamilton quarterback Nicco Marchiol did not include Michigan in his top four. Michigan was the early leader, but communication there fell off. Personally, I'm not a fan of left-handed quarterbacks, so this might be a blessing in disguise, even though he's a 4-star, the #9 pro-style guy, and #220 overall.

TOP 4 @Hayesfawcett3. Can’t thank these programs enough for the support throughout my recruiting process. These will be the final 4 schools I will be focusing on. #GodsPlan pic.twitter.com/zpgTRYeY3a