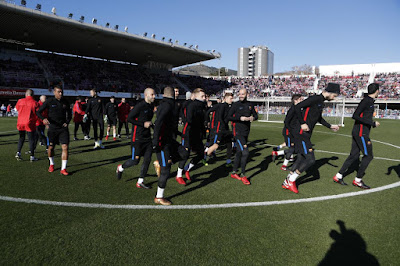 Barcelona have done excellently well in the first two weeks of the January transfer window with the conclusion of three transfer deals.

The first two deals saw the arrival of Philippe Coutinho and Yerry Mina, and the third deal sees the departure of Arda Turan.

The Turk leaves Barcelona after unsuccessfully trying hard to win the mind of both Luis Enrique and Ernesto Valverde.

He joined Barcelona in the summer of 2015 from Atletico Madrid and now joins Istanbul Basaksehir FK on a two-year loan deal.

Barcelona announced the deal in a statement:

The Turkish International leaves the Club after two and a half seasons in which he has won everything there is to win domestically with the blaugranes.

His departure takes his massive wage bill off Barcelona’s books.

According to Marca, the deal has a number of clauses which gives Barcelona the right to sell the player even while he is on loan at Basaksehir FK.

Barcelona maintain the right to sell the player during the transfer windows from next summer onwards, while they’ll also receive some bonuses according to Turan’s performance.

Turan has played a total of 55 games for Barça, scoring 15 goals in his two and a half years as a blaugrana. In that time he has won 6 trophies: 1 league championship, 2 Copa del Rey, 1 Spanish Super Cup, 1 Club World Cup and 1 European Super Cup.