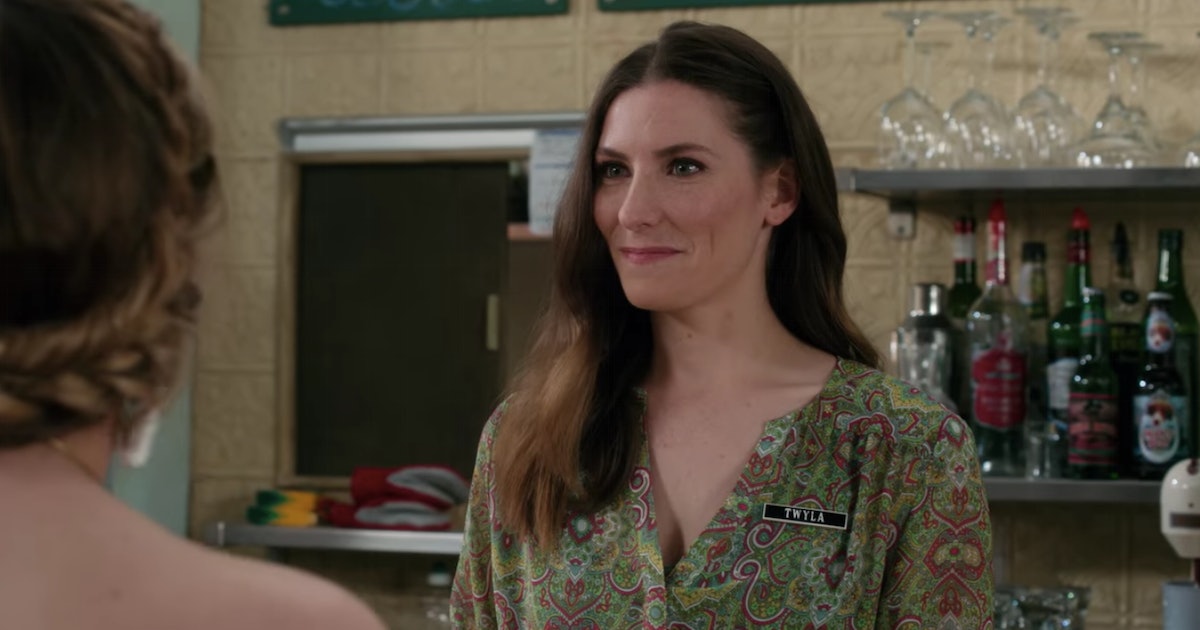 But to Twyla Sands , the peppy local waitress with a dark family history, they had something she never did in her own home life: each other.

With her father in prison and her mom busy overspending on snowmobiles, Twyla has eventually come to see Johnny and Moira as surrogate parents.

Think of her like the Schitt's Creek version of Cheers ' Sam Malone: the person sitting behind the bar listening to everyone's problems, even when she's often dealing with bigger challenges of her own.

Screenshot courtesy of Pop After spending six seasons scrambling to regain their fortune and lavish lifestyle, the Roses have softened into kinder, more generous people.

In the series' penultimate episode, she revealed to Alexis that she secretly won $46 million in the lottery several years ago, but "was still working at the cafe as though nothing had changed," Levy points out.

As for what the future holds for Twyla after Schitt's Creek comes to an end on April 7, Levy thinks her character will stay in town for the rest of her life.

Byron Bay- The Best Spots to Swim this Winter