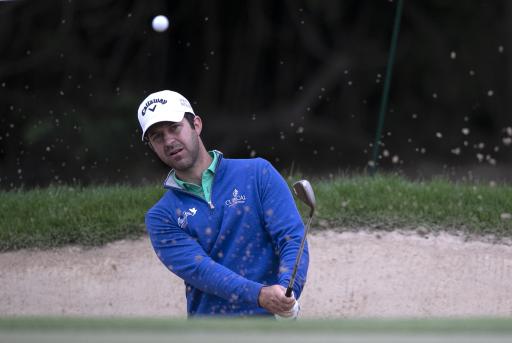 Spain's Jorge Campillo plays a bunker shot on the 10th hole during the second round of the Dubai Desert Classic golf tournament in Dubai, United Arab Emirates, Friday, Jan. 24, 2020.

DOHA, Qatar (AP) -- Jorge Campillo lost a two-shot lead with three holes to play Sunday, stayed alive with two long birdie putts in a playoff and won on the fifth extra hole to beat David Drysdale in the Qatar Masters.

On the sixth time playing the 18th hole for the day, Campillo rolled in a 20-foot birdie putt and raised his arm.

Victory was not assured until Drysdale's 18-foot putt to extend the playoff missed to the left.

''It was a tough win, but I'm glad I pulled it off,'' said Campillo, who won for the second straight year on the European Tour.

Winther bogeyed the 16th and 17th holes and shot 72 to tie for third, one stroke out of the playoff, along with Niklas Lemke (65) and Kalle Samooja (69).