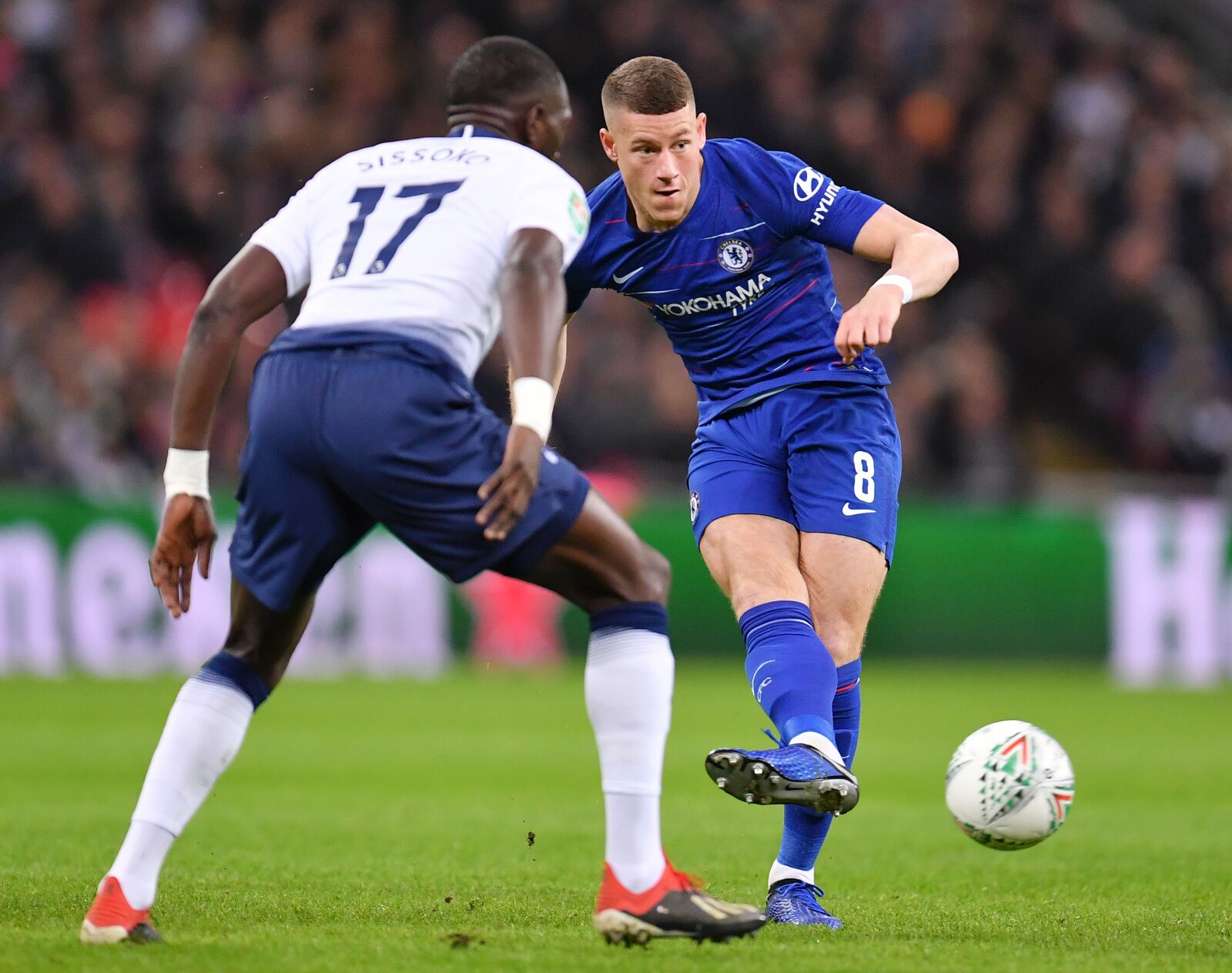 LONDON, ENGLAND - JANUARY 08: Ross Barkley of Chelsea makes a pass as Moussa Sissoko of Tottenham Hotspur looks on during the Carabao Cup Semi-Final First Leg match between Tottenham Hotspur and Chelsea at Wembley Stadium on January 8, 2019 in London, England.

As they falter on their current career path with Chelsea, Danny Drinkwater and Ross Barkley are brothers in arms.

After he eventually made the move to London from Everton, following a long spell on the sidelines, Blues fans hoped he’d be able to regain some of the good form he displayed during his early Toffee years.

Barkley has persevered in trying to resurrect his Chelsea career by staying put, however Frank Lampard clearly doesn’t trust him in his team.

Chelsea have proved to be very astute in their recent transfer dealings and hopefully they have already learnt sufficient lessons from both signings.

READ MORE (The Pride of London)