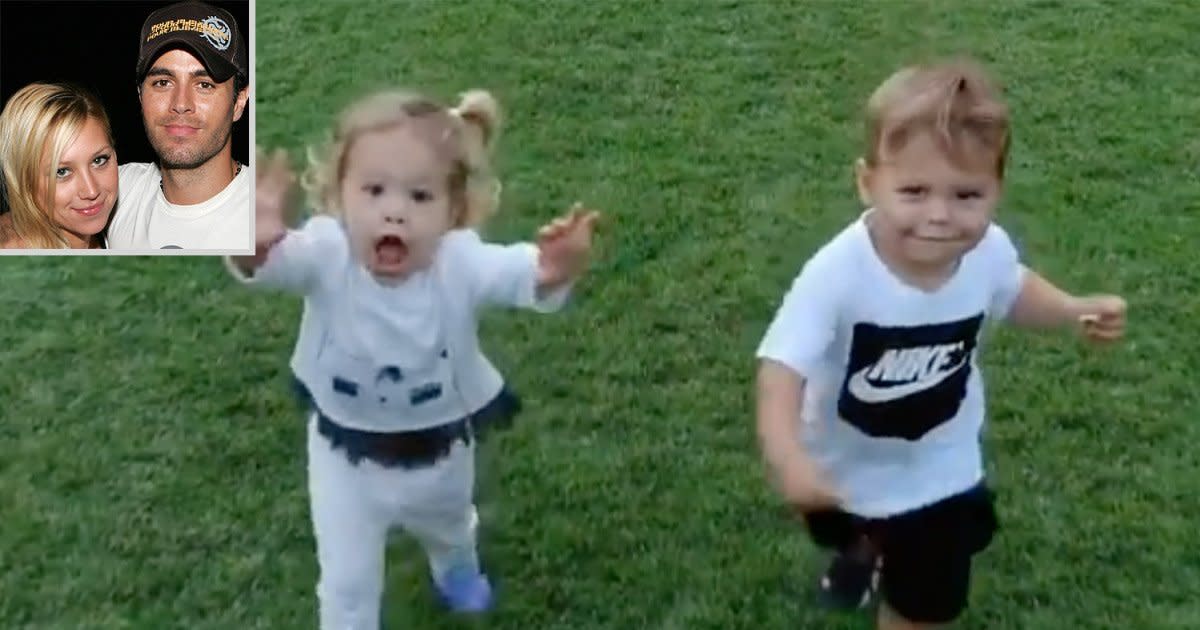 In celebration of 2020, Anna Kournikova shared a too-cute clip of her 2-year-old twins running on the grass in Miami toward a moving camera, before stopping in front of a mesh fence.

The video was set to dad Enrique Iglesias ‘ upbeat track "Finally Found You," and the siblings both wore black-and-white casual outfits for the outdoor play session.

“#happynewyear,” Kournikova, 38, captioned her post in both English and her native Russian language, adding a red balloon emoji at the end.

In October, the singer shared a clip of the brother and sister taking turns poking their dad’s bare torso , during which he jokingly squirmed around and caused them to giggle uncontrollably.

The duo began by rolling their arms to mimic the wheels on the bus, before the "Escape" hitmaker took the dance to the next level with a big step over Lucy’s head.

Wearing a wide-brimmed straw hat and blue outfit complete with a Cars T-shirt, Nicholas gazed out the vessel’s window , exclaiming “Wawa!” while pointing at the water.

Everything You Need to Know about IBM Watson IoT