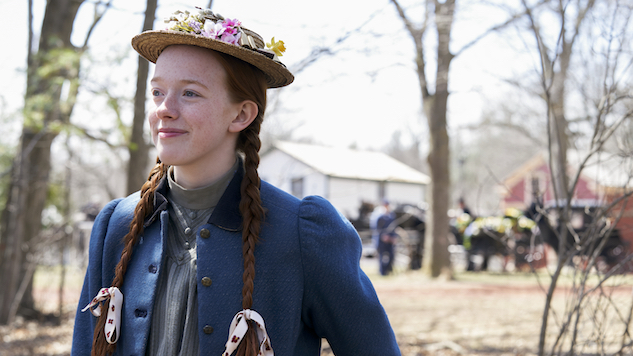 Keri Lumm reviews the final Episode of Anne with an E for Paste, which you can watch in the video above or read the transcript of below.

In the finale, Anne (Amybeth McNulty) has moved on to the boarding house in Charlottesville to attend Queen’s college and she looks all grown up with her hair up and dress with mildly puffed sleeves.

There have been a variety of misunderstandings, but the last episode opens with Gilbert dumping the Winifred (Ashleigh Stewart) for Anne.

It’s all a mess until Winifred approaches her and tells her the truth about Gilbert’s love for Anne.

And of course Diana (Dalila Bela) lets Gilbert know on the train that this was all a misunderstanding.

Keri is a professional chatterbox who loves watching TV & movies, reading about pop culture, and gawking at any craziness on the internet.