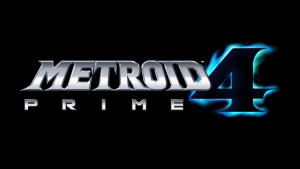 Given that Metroid Prime 4 restarted development from scratch not that long ago, it’s something of a given that the game won’t be out for a while yet.

That said, we have been receiving some development updates for it intermittently – such as Retro hiring new talent to work on the game – and we have another one here.

Highlands, Buttermilk Opening and Sum…
How to Become a Successful Affiliate …
Did I take my Prozac today?
Long Island Sounds August 2019
Worse Than Death (IOS) Review

As discovered in a video by YouTuber Doctre81 , a job listing suggests that Retro Studios might have outsourced parts of Metroid Prime 4’s development- more specifically, the environmental work to be done in the game.

A contract ad for a temporary position at the studio as Environment Outsourcing Review Artist on LinkedIn mentions that the position is responsible for reviewing outsourced work and ensuring that it is up to Retro’s standards and requirements.

Of course, it’s not a given that this has to be in reference to Metroid Prime 4, and this could be related to something else Retro might be working on.

Tried and Tested Tips to Scale Your eCommerce Business