What We Learned in NFL Week 17 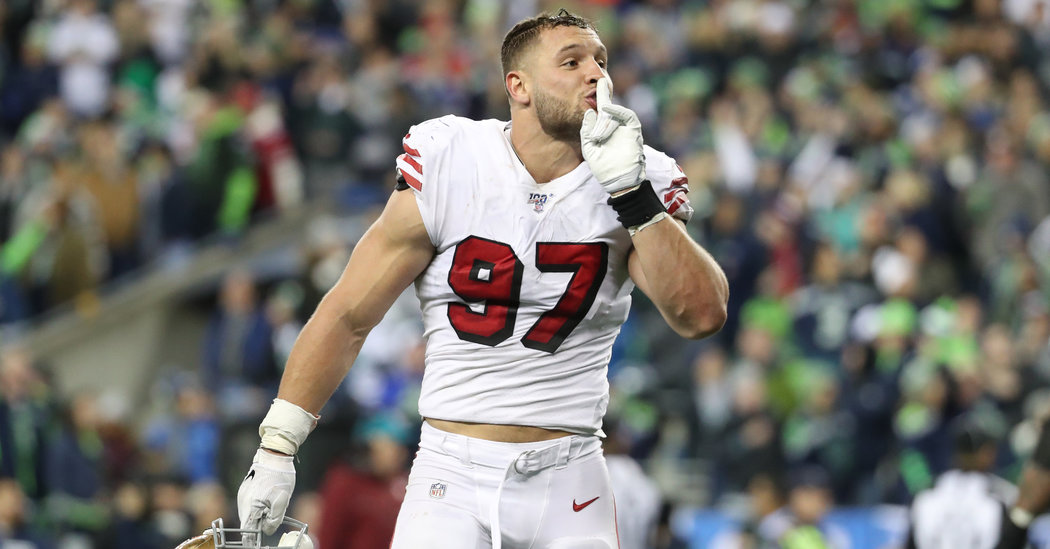 After a pair of incompletions — one of which appeared to be the result of a missed pass interference call — led to a 4th-and-goal, Russell Wilson connected with tight end Jacob Hollister, who was crushed to the turf by linebacker Dre Greenlaw at the goal line in a play that was eerily reminiscent of the Julio Jones catch that beat San Francisco in Week 15.

But Miami, getting some revenge for an ugly 43-0 loss in Week 2, delivered an enormous upset when Ryan Fitzpatrick hit tight end Mike Gesicki for a go-ahead 5-Yard touchdown pass with 24 seconds left in the game.

Gus Edwards of the Ravens deserves some attention as well, though, as the running back who is typically his team’s third option for carries behind Mark Ingram II and Lamar Jackson, provided the bulk of Baltimore’s offense in a somewhat surprising win over Pittsburgh.

49ers 26, Seahawks 21 San Francisco had its last five games of the season come down to the final play, and has been dealing with numerous injuries on defense, but a first-round bye gives the 13-3 team a chance to get healthy as it seeks the sixth Super Bowl win in franchise history.

Coach Jon Gruden decided to go for the win with a 2-point conversion, rather than tie the game with an extra point, and that decision blew up for the Raiders when quarterback Derek Carr’s pass was deflected to the ground at the line of scrimmage.

Rams 31, Cardinals 24 It is nowhere near as good as a trip to the playoffs, but Los Angeles avoided a losing season thanks to a strong effort by quarterback Jared Goff, who outdueled Arizona’s Kyler Murray by throwing for 319 yards and three touchdowns.

What We Learned in NFL Week 17