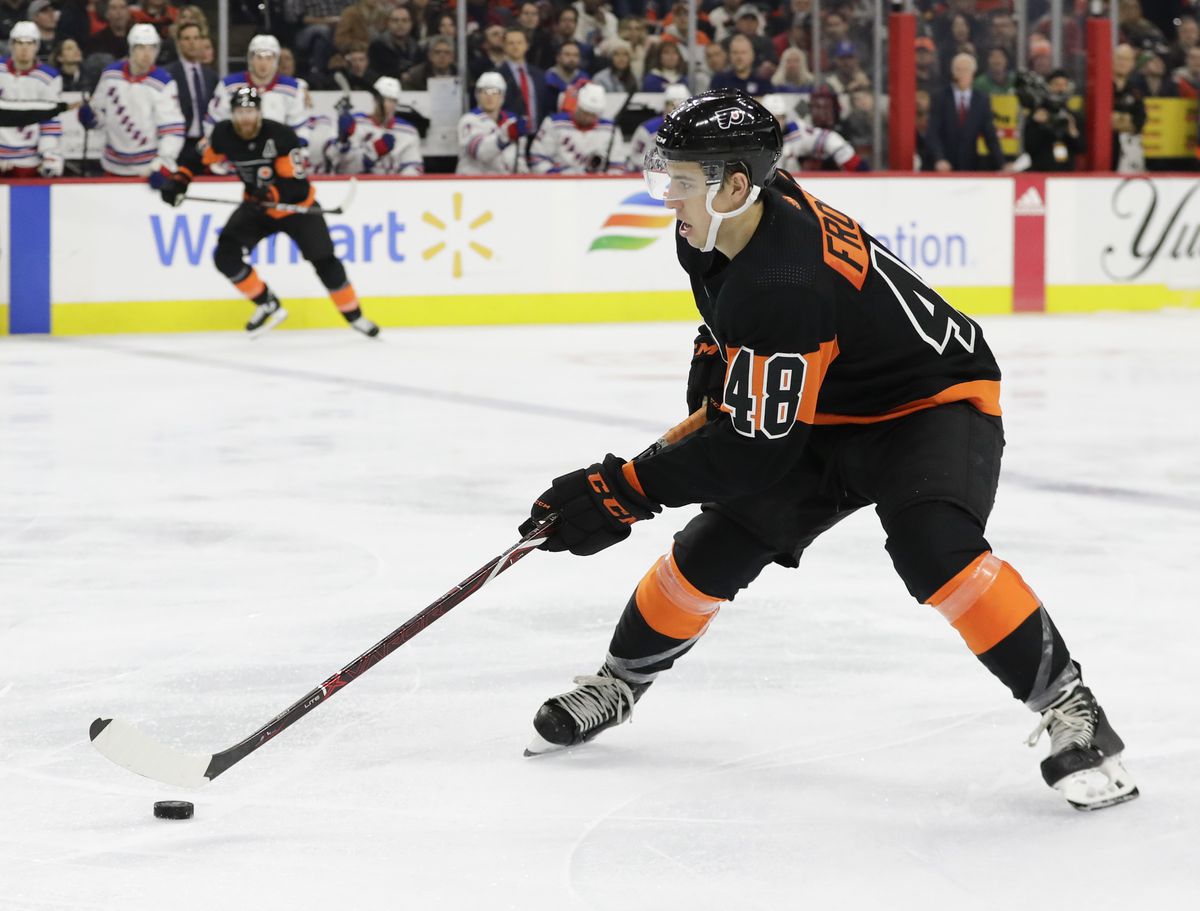 ANAHEIM, Calif. — Center Morgan Frost, goal-less in his last 16 games, was sent back to the AHL’s Lehigh Valley Phantoms on Sunday.

Frost, 20, was demoted to make room for Michael Raffl, who was activated after missing 10 games because of a broken finger.

“In talking to Chuck about his play and his development, we just thought for now the best thing for him to do is go Lehigh Valley and get a little bit more ice time,” Vigneault said before Sunday’s game.

“We feel we’ve got a real good prospect, but he needs to play and I wasn’t sure that I’d be able to give him the minutes.”

Scott Laughton is expected to come off the injured list for Tuesday’s game in Los Angeles, and Andreoff will probably be sent to the Phantoms at that point.