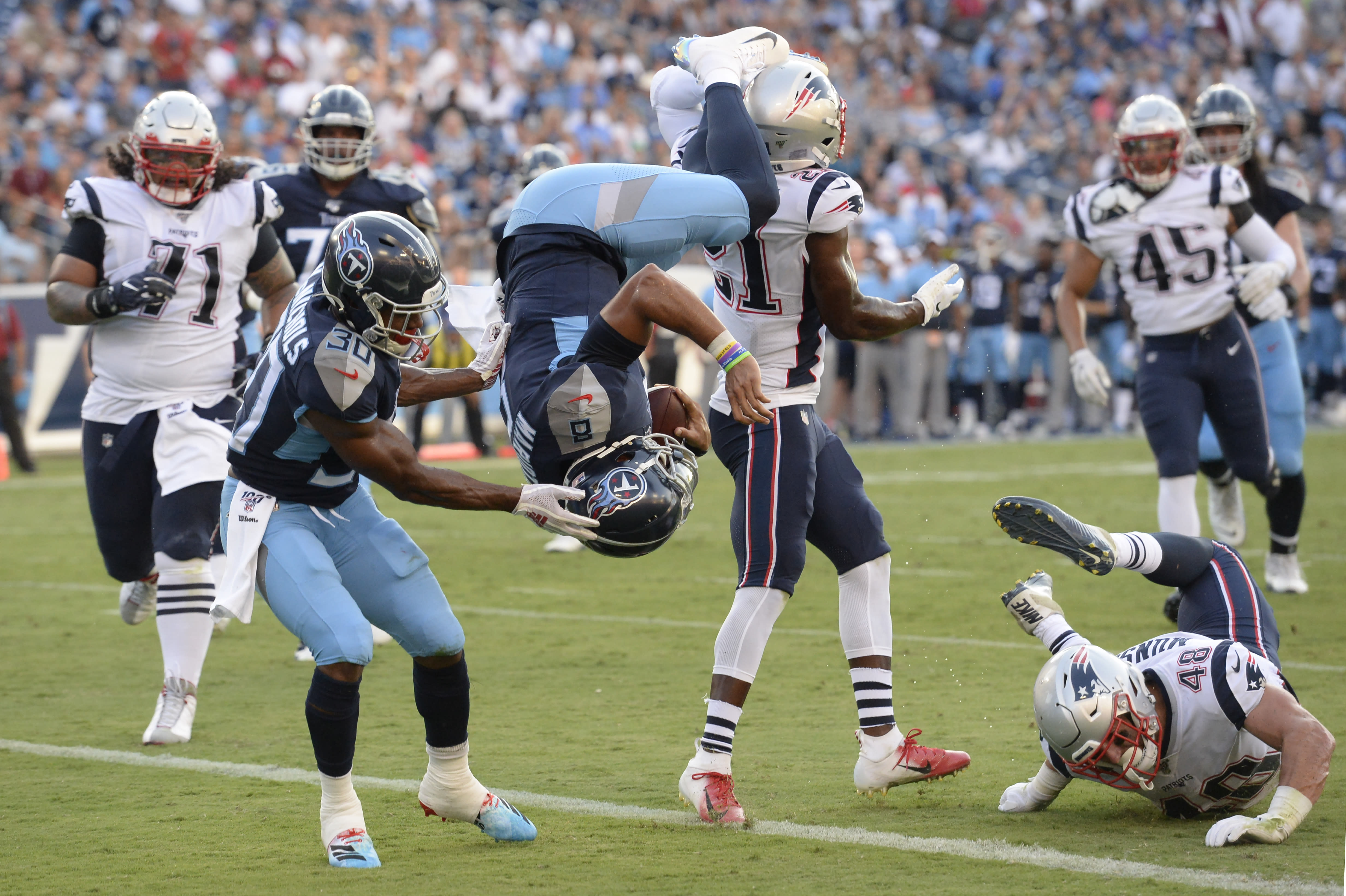 Coming off an unimpressive, brief performance in the Titans’ Preseason opener, Mariota played well on Saturday night against the New England Patriots.

LUNO: The First Cryptocurrency Wallet…
All About Wealthy Affiliate – Is It R…
Review: A Torch Against the Night by …
Should You Buy CBD Oil on Amazon?
RELIGION UNDER ATTACK - Religious Lea…

There’s a wide range of outcomes, from Mariota playing well and securing a long-term contract to him getting benched early this season for Ryan Tannehill, who Tennessee traded for in the offseason.

The Titans went for the two-point conversion and Mariota decided to run it, and made it in as he was upended by safety Duron Harmon at the goal line.

Maybe the Titans don’t want their oft-injured quarterback taking hits like that in a preseason game, but it was still good to see Mariota make a play.

Tennessee Titans quarterback Marcus Mariota (8) flips into the end zone as he converts a two-point conversion against the New England Patriots.

Should You Buy CBD Oil on Amazon?