'Losing his mind': Nick Kyrgios throws most bizarre tantrum yet 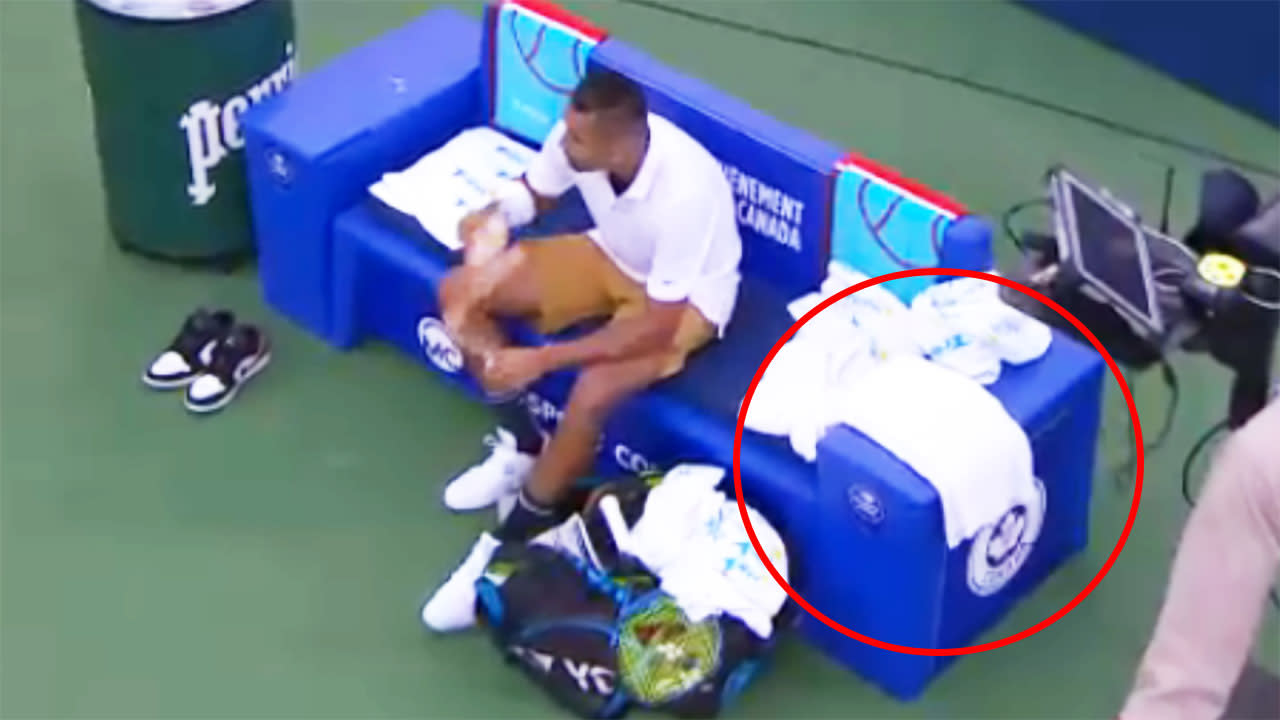 Just two days after a focused and calm Nick Kyrgios stormed to his sixth-career title by winning the Washington Open , the controversial Aussie has engaged in a bizarre blow-up at an umpire over a towel.

In action at the Canadian Open against Kyle Edmund on Tuesday, Kyrgios was incensed when he didn’t have a white towel courtside for the start of the match.

“I’m not allowed to leave the chair,” the umpire told Kyrgios, who responded: “But you have a radio, I asked you at the start of the match.”

Earlier , Ashleigh Barty was knocked out of the Canadian Open's first round by home hope Sofia Kenin, leaving her World No.1 ranking hanging by a thread.

Tomljanovic was trailing Polish ace Iga Swiatek 4-1 in the first set of their match when she pulled the plug.

'Losing his mind': Nick Kyrgios throws most bizarre tantrum yet