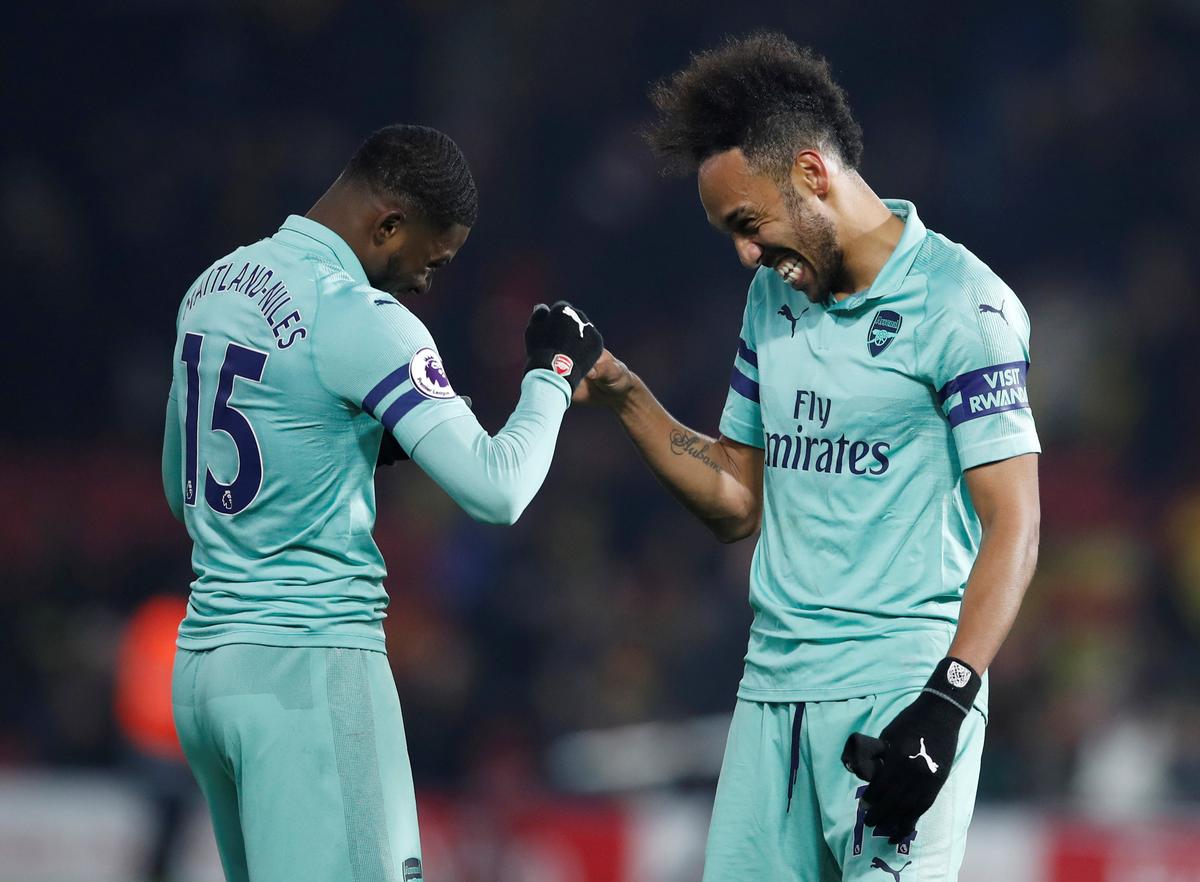 (Reuters) - Arsenal boosted their hopes of a top-four finish in the Premier League after a bizarre 10th-minute goal by striker Pierre-Emerick Aubameyang gave them a 1-0 win at 10-man Watford on Monday.

The result lifted the Gunners two places up to fourth on 66 points from 33 games, one behind third-placed Tottenham Hotspur.

Arsenal manager Unai Emery was pleased with his team’s first away clean sheet of the season.

The fast-paced clash took a decisive turn in a frantic one-minute spell early on, as Aubameyang found the back of the net in unlikely fashion before Watford striker Troy Deeney was shown a straight red card for elbowing Lucas Torreira.

Despite their numerical disadvantage, Watford kept pressing and missed a string of chances to draw level, having twice been denied by the woodwork as well as by some good saves from Arsenal keeper Bernd Leno.

The home side missed their best opportunity in the 80th minute when Arsenal substitute Ainsley Maitland-Niles slid in to block Andre Gray’s goal-bound effort after the Watford forward rounded Leno.