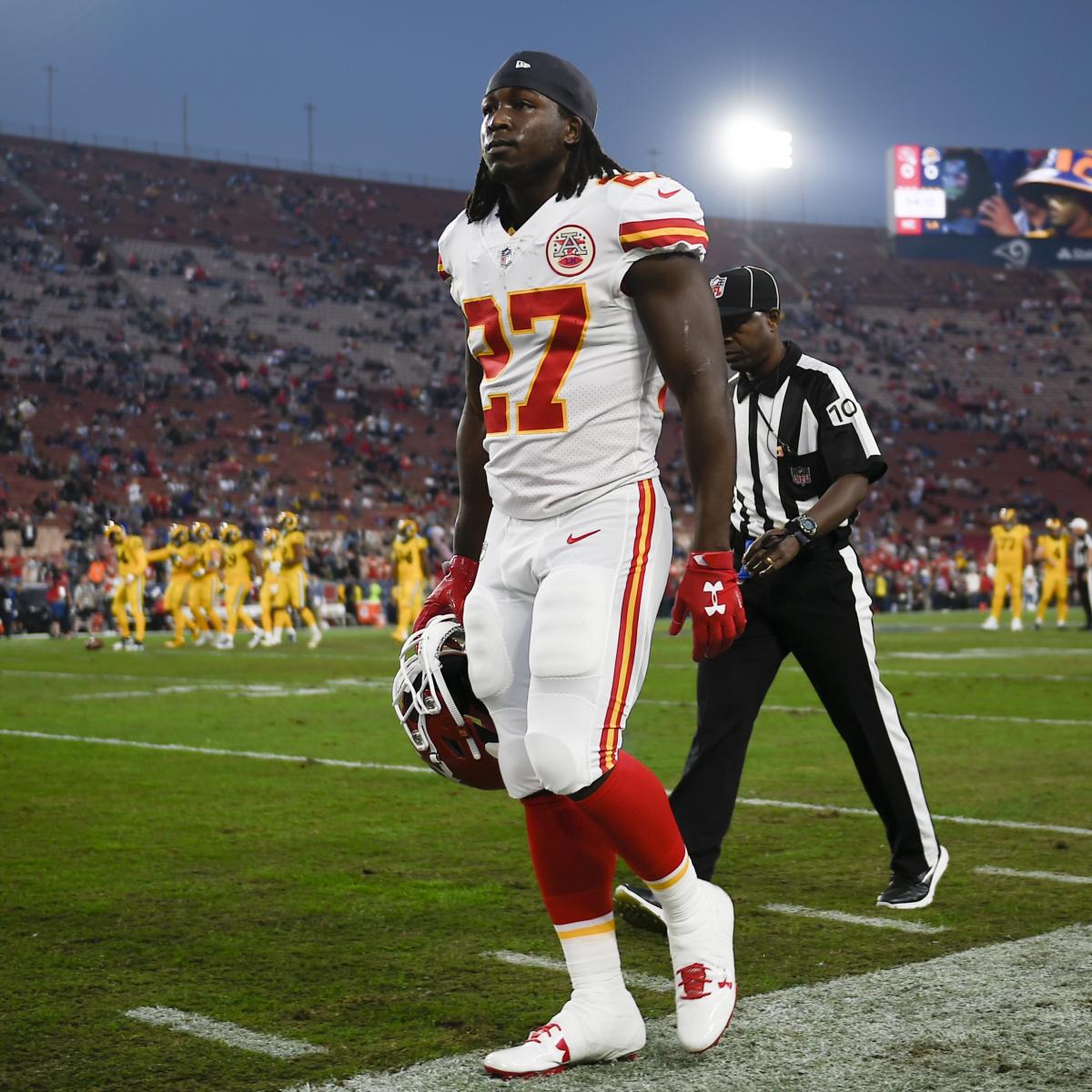 Oh, the NFL itself will discipline Hunt (on the commissioner's exempt list as the league investigates the assault) with its usual swiftness and precision.

If this column comes across as a little jaded and cynical, you only needed to take a glance at Twitter in the moments after the Hunt signing was announced in order to see why.

Kareem Hunt was placed on the commissioner's exempt list late last season after a video was published that showed the former Chiefs running back shoving and kicking a woman.Kelvin Kuo/Associated PressClaiming that the NFL learned nothing from Ray Rice , Greg Hardy or other controversies that overshadowed the league in recent years would be 100 percent incorrect.

We can blame the NFL and its teams for being callous, insincere, insensitive, tone-deaf and utterly indifferent to everything but dollars, win totals and ratings points.

Get mad on the internet today, talk about Kyler Murray tomorrow, draft Hunt in your fantasy league as soon as his suspension lifts.