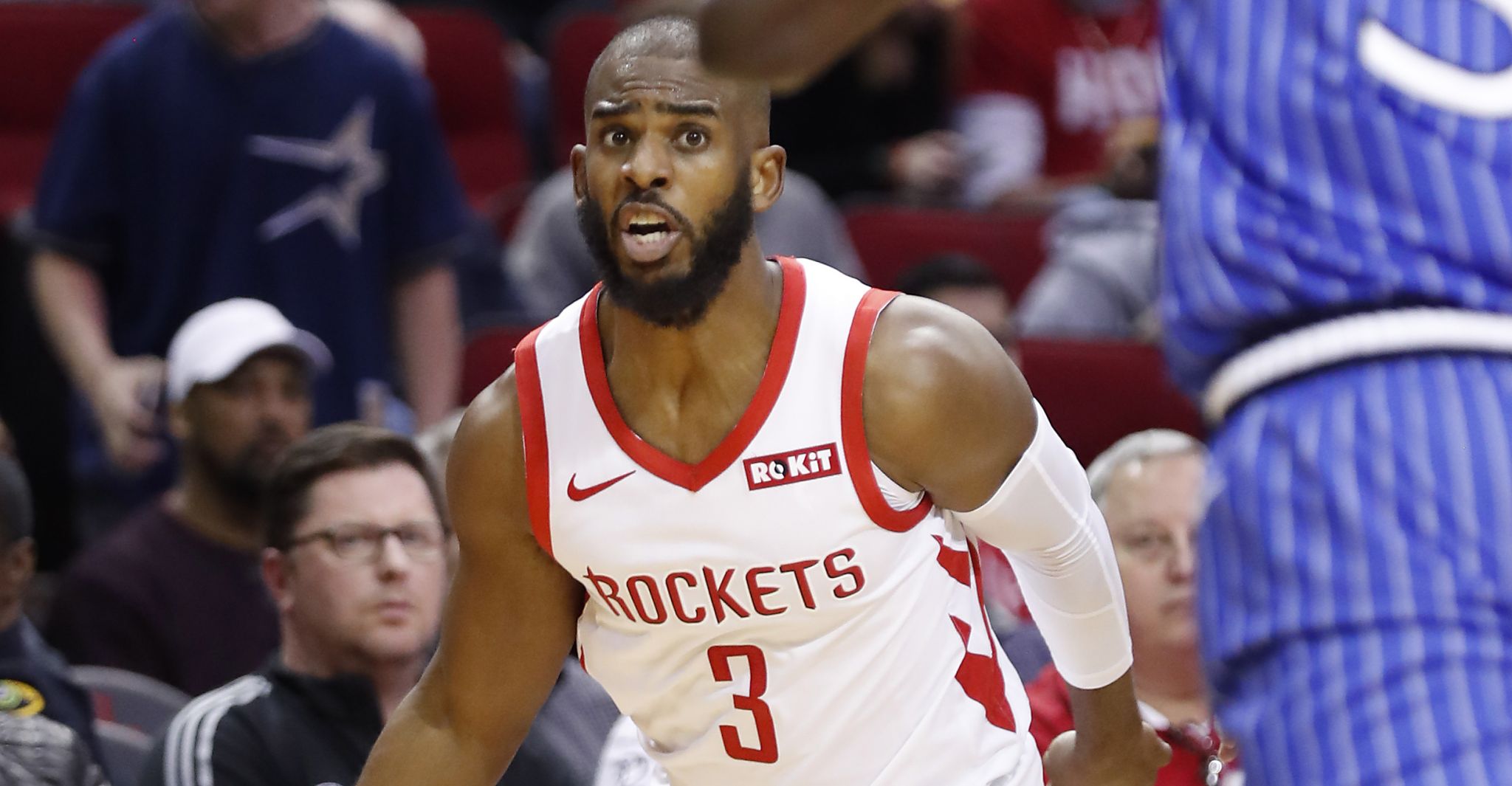 Whether he needed a few minutes either to knock off the rust of missing 17 games because of a strained hamstring or to mesh with a teammate signed during his absence, Chris Paul regained his rhythm and struck a chord with Kenneth Faried by the second quarter of the Rockets' 103-98 comeback win over the Magic on Sunday night at Toyota Center.

Paul looked steady from the start, dodging Aaron Gordon and zipping around Nikola Vucevic, but he was not very productive in his first rotation, which lasted five minutes.

He earned one assist, when he crossed over Evan Fournier, drove right, attracted Vucevic, and threaded a bounce pass to Faried for a layup.

He used a spin move into the body of Jerian Grant to create space and rose up for an acrobatic floater.

They took advantage of Magic rookie center Mo Bamba with a pair of textbook pick-and-rolls that Faried finished with rattling dunks.

As part of the Rockets' 13-3 run to start the fourth, Paul drilled a pair of 3s — one wide open and another on a stepback — before taking a heat check in the face of Bamba that bricked.