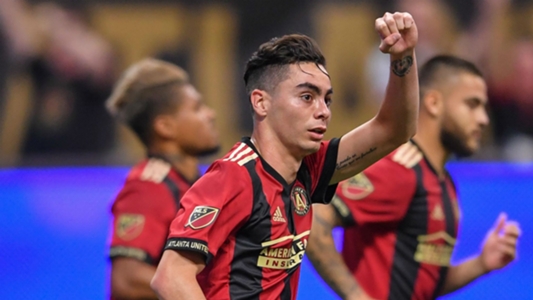 They may need it, as NYCFC found a lifeline just before the halftime break with Maxime Chanot scoring in stoppage time to keep hopes alive.

In the West, the conference final matchup is set as Sporting Kansas City joined the Portland Timbers thanks to a win on Sunday.

Sporting KC edged Real Salt Lake 4-2 on the day and 5-2 on aggregate by holding off a second-half comeback at Children's Mercy Park.

Ilie Sanchez scored for SKC seven minutes later to restore the two-goal lead before Damir Kreilach brought RSL back within one in the 72nd.