All-22 Review: The gloves are off for the Titans offense 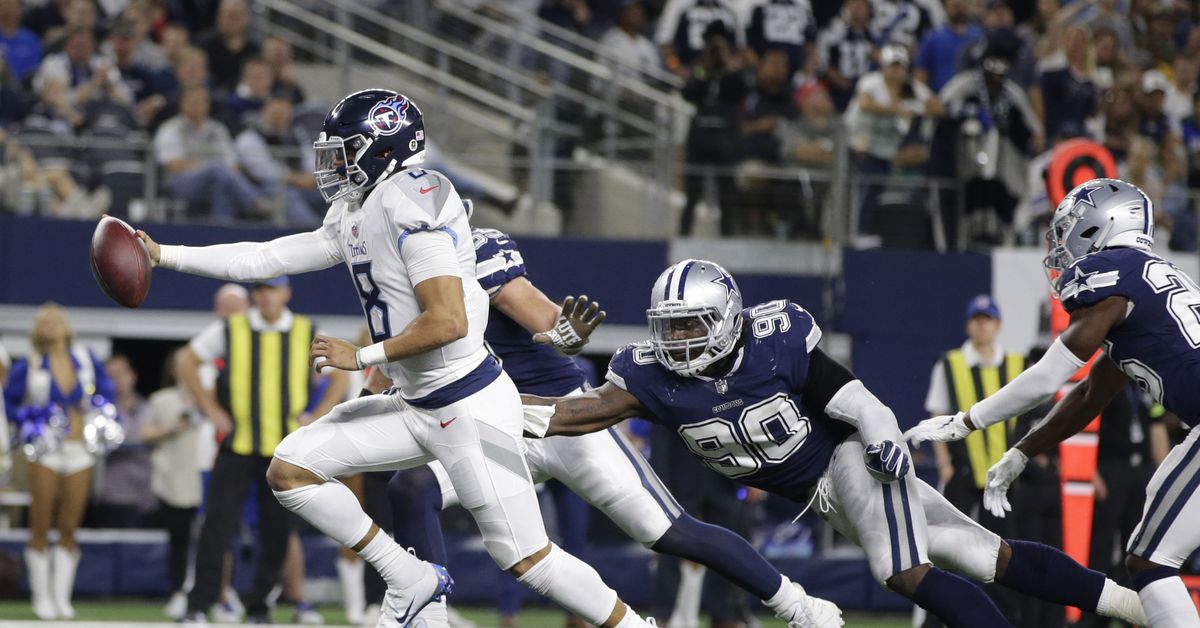 So while Booger McFarland and Jason Witten may have been shocked by Mariota ’s ability to “win from the pocket”, those who have watched this team for a long time know that this type of performance is really nothing new for the fourth year quarterback.

The Titans run a little trap action with Spain who pulls around Ben Jones to kick out the back side defensive tackle while Josh Kline releases to pick off the other linebacker.

NFL Game Pass The Titans rushing attack wasn’t perfect by any means — they averaged just 3.5 yards per carry — but it did enough to keep the team in manageable down and distances for the most part.

The Titans ran a lot of formations that featured a tight end — either Luke Stocker or Jonnu Smith — lined up as a fullback which makes me believe we could see Jalston Fowler in the relatively near future.

It’s a deep comeback right on the sideline and Mariota not only throws a perfect strike, but starts his delivery well before Davis breaks open, trusting his young receiver to win the route and be where he’s supposed to.

NFL Game Pass Despite those few misses, Mariota’s overall play was excellent on a national stage and he looked like a guy who’s finally starting to find both physical and mental comfort.

All-22 Review: The gloves are off for the Titans offense