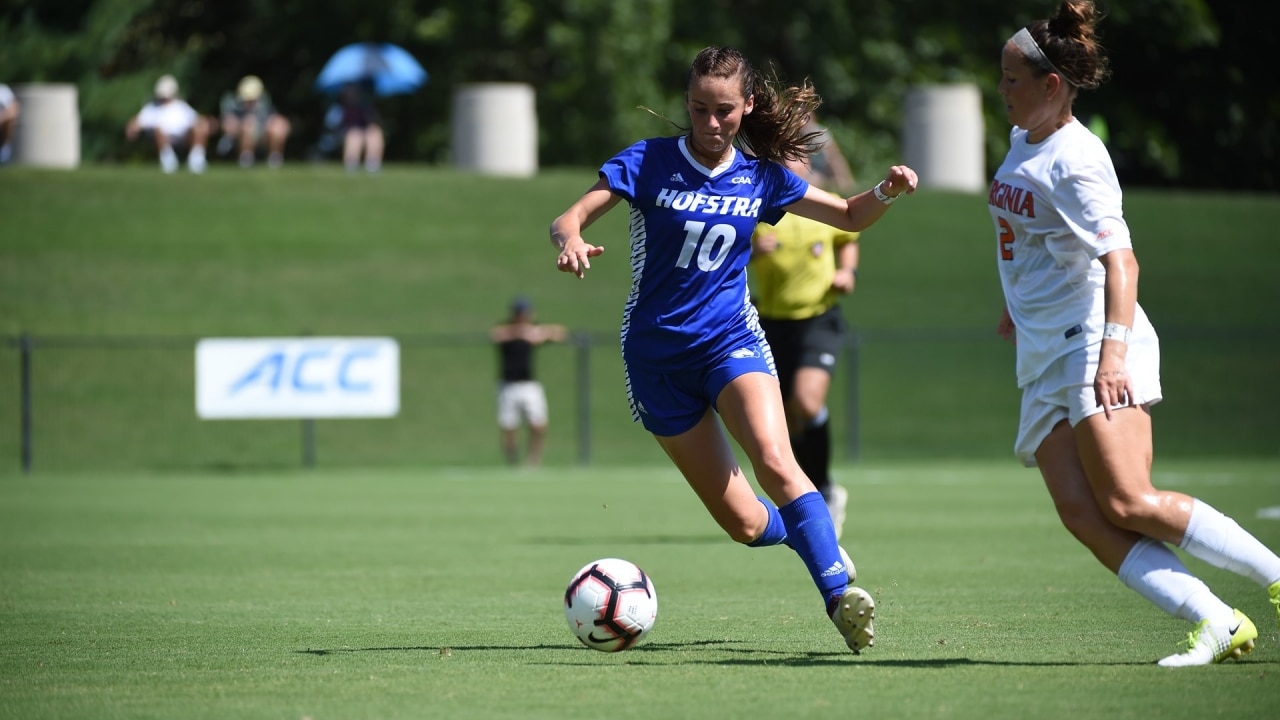 Newton, MA - Sabrina Bryan scored two goals and Lucy Porter had a goal and an assist as Hofstra knocked off 22nd-ranked and fourth-seeded Boston College, 4-1, in the first round of the NCAA Women's Soccer Championship Friday night at Newton Soccer Field.

Three Lucky things that have happened…
How to Retire on Your Terms and Final…
8 Places to Drink Coffee in KC that …
Boston’s Fidelity: A new face of the …
Antique Holbein Rugs

The Pride advance to the second round of the NCAA Tournament where it will face Wisconsin, a 3-0 winner at Memphis, in Palo Alto, California.

But Hofstra keeper Jenna Borresen was up to the challenge as she turned away both of Boston College's two shots on goal in the early going.

The Eagles had an excellent chance in the 57th minute as Olivia Vaughn's shot hit the cross bar and was cleared out by keeper Ashley Wilson.

The Eagles would not go quietly as Vaughn scored off a pass from Gaby Carreiro at the 76:24 mark to make it a two-goal game.

But Hofstra squashed any thoughts of an Eagles comeback at the 82:29 mark as Lucy Shepherd headed in a long free kick off the foot of Jordan Littleboy to make it 4-1.

An In-Depth Review of WriteMyPaperHub and Its Writing Services