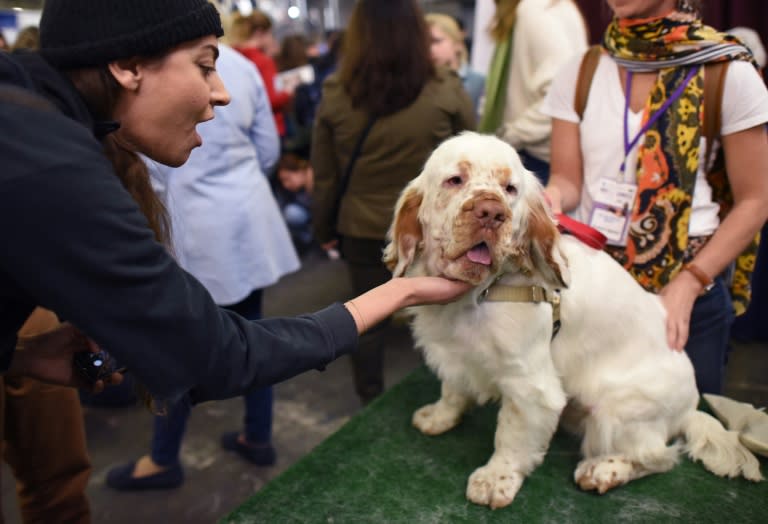 The 142nd installment of the storied canine beauty contest, the oldest continuously run US sporting event after the Kentucky Derby, culminates Tuesday night with the selection of Best in Show at Madison Square Garden.

Fetter's contestants run the gamut in size, shape and coiffure -- ranging from the American Hairless Terrier to the Komondor, whose mop-like, all-white coat is a reliable scene-stealer.

Hiring a Professional Handler is a way to ensure that a dog is adequately groomed and learns the basics of the ring, such as walking in a straight line, said Gail Miller Bisher, the communications director for the Westminster show.

Nine years ago, he retired from his job of managing radiology tests and building MRI imaging machines to spend more time with his family.

"I've made as much money as in the hospitals," said Cabral, who drove across the country over four days this year with two dogs.

His candidates this year include a Wire Fox Terrier and a Beagle, with whom he drove for 11 hours late last week.