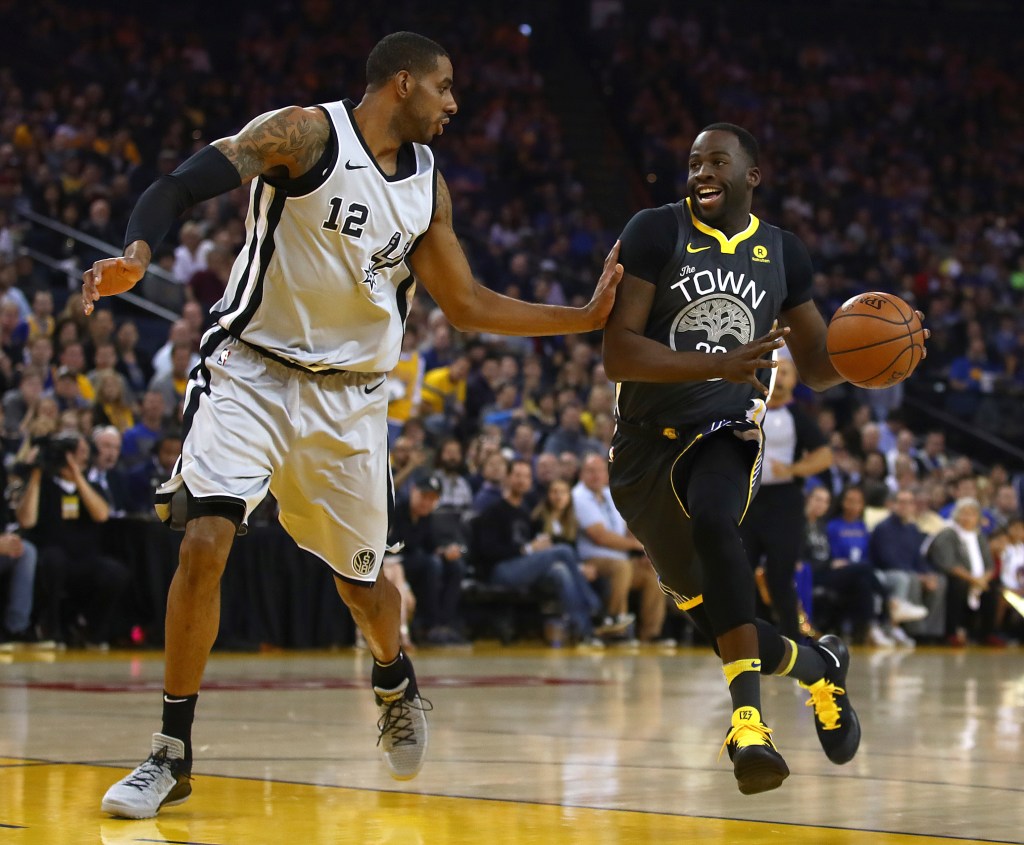 And after falling in and out of the rotation, Warriors veteran center JaVale McGee injected energy by converting off lobs and making defensive stops.

As a result, the Warriors Secured a 122-105 victory over the San Antonio Spurs on Saturday at Oracle Arena in what marked Steve Kerr’s 250th career win.

While becoming the fourth Warriors coach to accomplish that featured (Alvin Attles, Don Nelson, Edward Gottlieb), Kerr posted the milestone in only 302 games.

Simply put, the Warriors showed the most energy since securing a win over the Boston Celtics victory two weeks ago in what could serve as an NBA Finals preview.

And after losing three of their previous five games, the Warriors secured a win against the Spurs that could serve as a preview in the Western Conference semifinals.

Granted, the Warriors (43-13) had much more depth than a Spurs team (35-22) decimated by injuries to Tony Parker (back) and Kawhi Leonard (right quadriceps tendinopathy).