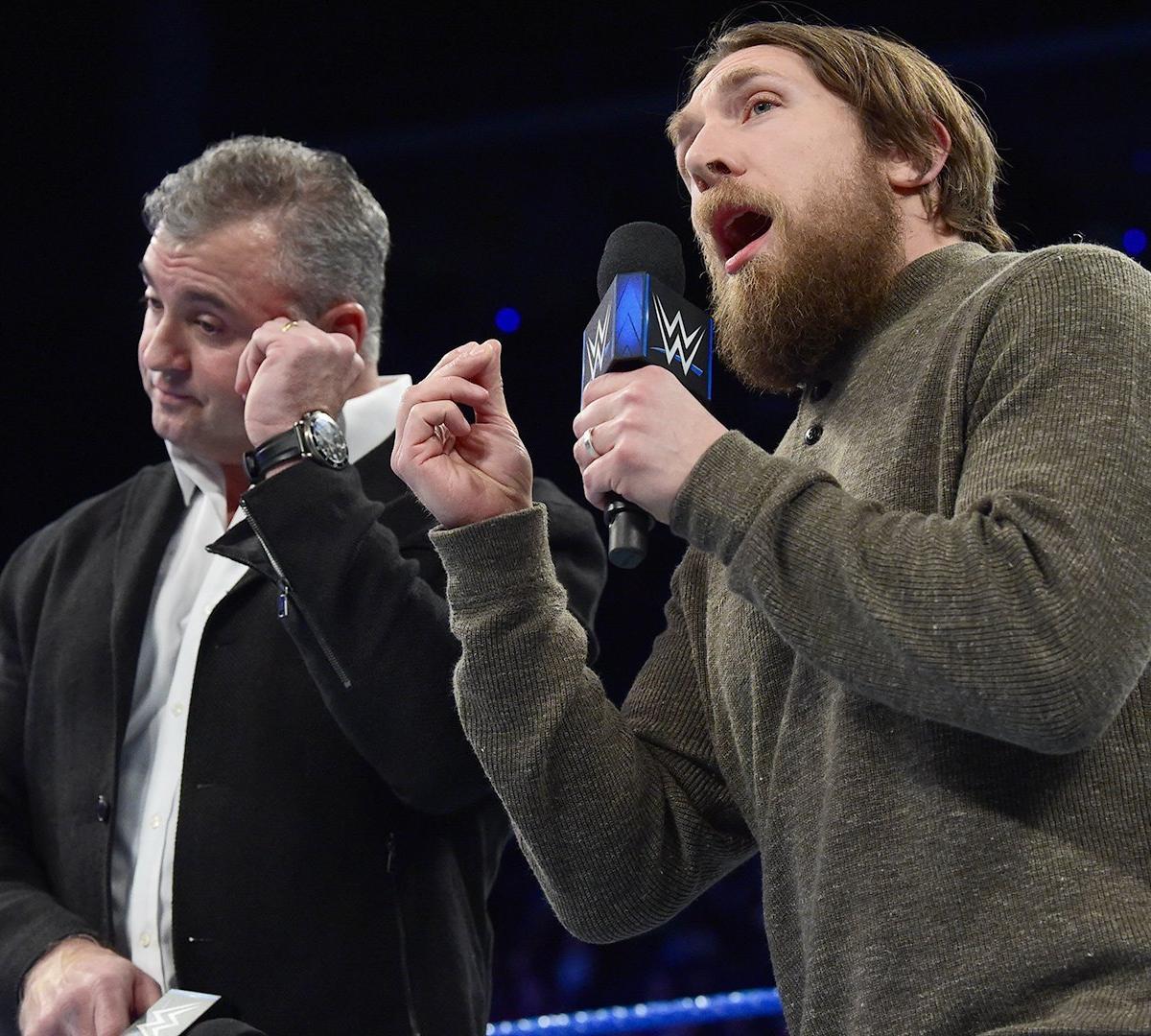 Sami Zayn and Kevin Owens set aside their recent reunion for the opportunity to challenge AJ Styles for the WWE Championship at March 11's Fastlane in a heated, emotional and energetic main event.

SmackDown Commissioner Shane McMahon kicked off the show and immediately addressed the fact that Kevin Owens and Sami Zayn will vie for the opportunity to challenge AJ Styles.

Credit: WWE.comCiting their desire to bring legitimacy back to the tag team division, Chad Gable and Shelton Benjamin destroyed Breezango's evidence board and challenged The Ascension to a match prior to the break.

Fueled by Owens yelling at him, "I'm the one that wins the titles," he was moments from cashing his ticket to the upcoming pay-per-view when Zayn's braggadocios and egotistical attitude led to him confronting Styles.

Yes, the idea is to further the story of Bryan being biased in favor of his Ring of Honor buddies, but at the same time, fans of SmackDown will now sit through a Fastlane main event that looks suspiciously like the Royal Rumble title match.