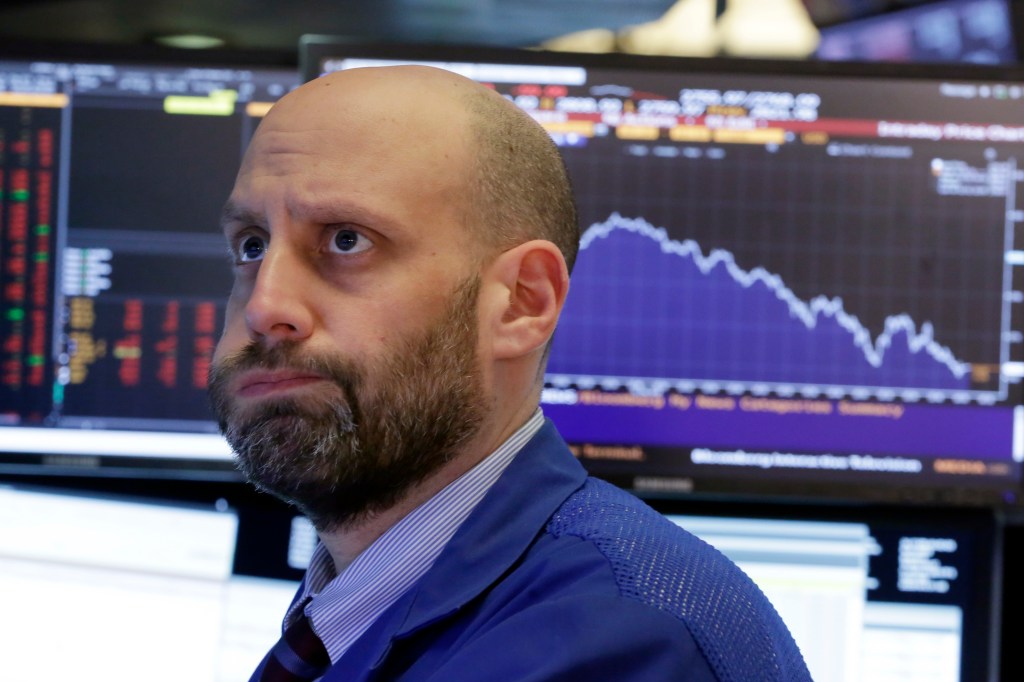 The Dow Jones industrial average plunged 2.54 percent – closing down 666 points – Friday and suffering its Worst week in two years as concerns over rising interest rates and inflation from an overheated economy caused a long-feared sell-off.

“The pullback has everything to do with the 10 year Treasury moving higher, breaching that 2.8 percent level,” said Wayne Wicker, chief investment officer at ICMA Retirement Corporation.

Wall Street watchers are worried that the Federal Reserve under new chairman Jay Powell may overreact and boost rates, bringing the market run to a hard halt and slowing the U.S. economy.

“It means you are going to see an inflation picture continuing to firm and strenghten over the course of 2018, which will drive 10-year Treasury yields higher and cause the Fed to reconsider its gradual pace of tightening,” Schulze said.

“It looks like the beginning of a market correction,” said Luke Tilley, chief economist at Wilmington Trust, the wealth and investment advisory arm ot M&T Bank.

This post first appeared on The 5th News, please read the originial post: here
People also like
Useful Tips for Building a Stronger Company Culture
Wack 100 To All Opps, “I Don’t Give A F*ck, I’m The Plug!”
‘Back to the Giuliani era’: Adams’ order to clear homeless camps ignites fury in New York
Life Extension – $10 off $75 + Free Shipping for new customers
How To Bridge ETH to Polygon – An Easy Step by Step Guide
20 Deep-Rooted Beard Myths Busted Once and For All